So our Parliament has been suspended, or more properly “prorogued”. Doncha love that word? It’s like the PM didn’t want to play with the other boys in the sandbox so he called Mama in to send everyone home until the end of January. Meanwhile, he gets to hide behind her skirt and stick his tongue out at the bullies and then try to come up some new scheme to keep them from taking his toys. I just hope tempers will have a chance to cool and sense to prevail before they get back in the sandbox again. Meanwhile, who knows what will happen and what state our country’s financial situation will be in by then? Who elected these people anyway? Oh wait – that would be the 59% of us who actually voted in October. Hope those who didn’t are kicking themselves now ‘cause if you don’t vote, you shouldn’t complain. Oh well, we may have another chance to exercise our democratic right sooner than we anticipated. Hah! Our government – more fun than a barrel of electric eels.

So Spectrum was great fun yesterday as always. We were working on a number of different projects including beading, felting, knitting, and stitching. Our hostess found herself with nothing to do because she had already finished her gift for our guild’s Christmas party exchange. (Should have had a backup project, hey?) We had a yummy potluck lunch and solved all the world’s problems…er, had a lovely chat. I made the second one of these fingerless mitts and finished them at home last evening: Size: to fit a medium-sized hand but stretchy (tested on T-Man!)
Yarn: Approx 35 g, handspun 2-ply light worsted weight wool, one ply black and one ply variegated reds/browns.
Needles: Crystal Palace bamboo 7.5” dpns, size 4 (3.5mm)
Gauge: 5.5 sts and 7.5 rows per inch in st st. Slightly looser gauge than normal with this yarn so fabric is not dense but stretchy and still has some drape.

Pattern: improvised from rib patt from Ann Budd’s “Getting Started Knitting Socks” and basic mitt patt from her “The Knitter’s Handy Book of Patterns”. 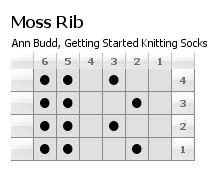 Comments: Yes, it only took 2 days of knitting, one each. In this yarn I could have just knitted a plain rib because the patterned one is kind of lost in the busy-ness going on. Might have made it easier to knit too! However, it will be a nice surprise for someone who looks closely. ;) Note that I had to do a fast decrease on the thumb to get the right number of sts to work the rib patt. If you have a larger thumb or prefer a looser fit, you might like to skip the last dec rnd and work the rib on the 14 sts instead. You would have to do a k1/p1 rib instead though. The reason I picked up 3 sts instead of only 1 in the gap is because it looked much to “holey” otherwise. It’s easier to pick up more sts and dec than to try to pull all the holes together by sewing later. Looks nicer too, methinks. Now I get to give them away!

Yep, our parliament is officially on a timeout. I really think knitters should run the world. We'd get some stuff done! Plus, just think how stylish we'd be in the winter months. ;)