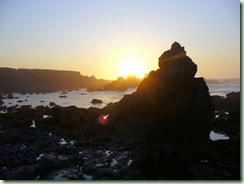 Happy Return of the Sun! For those of us in the Northern Hemisphere and particularly those who live farther north, this is actually a big deal. Even here just above the 49th parallel it’s not fully light out until 8am and then starts to get dark again before 4pm. That’s only 8 hours of daylight and when it’s dull and rainy as it is so often around here, even the so-called daylight isn’t much. I know the change is subtle but it’s there. Even if there is the bulk of winter left to go.

I’ve been doing my best impersonation of Cinderella Pre-Ball and mucking out the dump cleaning house for the Big Turkey Day. How do I get myself into these things? Oh well. It’ll be fun! But please remind me that next year it is definitely somebody else’s turn, will you? Or I’m going to make a double reservation at an anonymous snowy resort with cross-country ski trails and just disappear for a week.

Carrying on, this morning I’m running the oven through a clean cycle in preparation for messing it up again with The Bird. I’ve softened the butter for the shortbread so I’d better get the dough made at least. I’ll have to refrigerate it because I can’t bake anything until the oven is cool enough to open again. Good planning, eh? It wasn’t easy to soften the butter in my deliberately cool house. I had to put it out on the counter so the morning heat from the furnace would start the softening and then tuck it in the bathroom cupboard with the towels to stay soft until I get to it. There’s a vent right under the cupboard that warms the towels and they retain the heat for hours. Nice.

I only have the butter tarts and chocolate almond bark (with cranberries!) still to make. Lots of time yet. No point in overdoing it! The Extended Fambly will just have to take us as they find us, paper plates and all. I’m not going to go all Martha Stewart at this late stage.

Tonight is our Annual Immediate-Fambly-Only Solstice Party at Milady Daughter’s. Much more low key. I have some of those colourful light bracelets that I got for $2 at Halloween. That ought to keep the grandbeasties busy for 5 minutes at least decorating everyone. I still need to make the salad that I’m bringing. And hope that T-Man has remembered to bottle a couple of bottles of his homemade wine (or he’ll be doing it quick-like before we head off to pick up Nana). And that’s it!

Sadly we missed the Lunar Eclipse last night. Didn’t even try to stay awake long enough. And I was trying to find a photo of a full moon that I took a few years ago but it’s buried somewhere. Yes, it’s also the Full Moon today as well as winter solstice! Converging Celestial Phenomena! Real things that you can’t argue about. Unless you believe the earth is flat. Then there’s just nothing more to discuss.