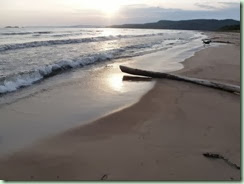 It was a very interesting year in many ways. As I mentioned last post, it was the first full year with Thom retired and we’re still shifting into a New Normal. Yes, I’m going to use his real name finally! After 8.5 years of T-Man or just T, I think it’s time that he be allowed to show his true colours. Or something like that. Heh! I’ve given up being coy, though I think I’ll still use the nicknames for my grandbeasties. They are yet too young to give their permission to be “out there” on the interwebs. Adult persons are fair game though. Heh.

I definitely learned a few things this year. Or let’s just say that my suspicions were confirmed – there’s a LOT of land between the Pacific and the Atlantic Oceans! Places I’ve only heard about all my life now have actual mental pictures to go with them. Often they weren’t quite what I had imagined. The prairies aren’t really as flat as you’d think but there’s an incredible amount of grain (and other things) growing there. Manitoba has great lakes too that look as big as the ones they actually call the Great Lakes. Late summer in southern Ontario is horrible! Heat, humidity and bugs – blech. Niagara Falls is spectacular. And loud! But not as high as I would have thought. Forests of mostly hardwoods look very different from our usual conifers and there are many trees and shrubs in the east that I don’t recognise at all. For some reason that makes me uncomfortable. Weird, I know. New Hampshire and Vermont have a lot of those unidentifiable trees but not a lot of people. There is a ridiculous amount of trucks on the freeways in Michigan and Illinois. There is a ridiculous amount of corn and soy growing in Minnesota. South Dakota’s Badlands may be “bad” but they are very beautiful. Watching geysers blow never gets old and being kissed by one is hot. I still trust old-fashioned maps over GPS and Google Earth. In the end we couldn’t see everything, go everywhere or do everything we would have liked but it was still the trip of a lifetime. And the biggest lesson I learned from The Great Cross-Continental Trek is that there really is no place like home! Of course I kind of suspected that before we started.

After that amazing adventure we aren’t sure where we’ll travel this year. Our poor VW Westphalia, who is turning 25 years old this coming year, needs some TLC before we go anywhere again. She’s got a bad whine in the transmission now though it’s not actually broken. Yet. A bearing perhaps? And the gas tank needs to be replaced. We already have the part ready to go in. It was leaking just below the filler cap the whole time we were away which meant that Thom couldn’t fill the tank up to the very top or we smelled gas for the next several hours. Dangerous! The good news is that he finally fixed the speedometer which broke partway through the trip and incidentally also fixed the odometer which has been broken for years. Yay. Now we’ll find out how far we go in future. A bit late for the big one though. We only guessed at the 14,000 kilometres – it was probably more than that all told.

But I digress. I’ve already talked about my makes for this year in the last post. For 2014 I’d like to carry on making garments that work for my lifestyle. At the same time I need to clear out or refashion anything that doesn’t work. I know I keep saying that but this time I’m serious. Really serious. I’m tired of fishing though stacks of worn-out or ill-fitting items to find something better. You have no idea how old some of this stuff is! Wishful thinking is not going to improve them in any way. Most are not even good enough to donate to salvage. What do I do with rags that is the most environmentally sound? Do I just let the salvage figure it out? Or does it just end up in landfill somewhere anyway? This is the biggest reason that I hang onto things too long! Green guilt. 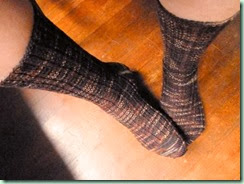 Mods:  Because I always use smaller needles my gauge is tighter so I knit the legs with more repeats to make them about 8.5” before beginning the heel flap.

Comments:  This is my first experience with the Cascade Heritage yarn and I quite like it. Nice twist, extra nylon content but still soft. This pattern works well with variegated yarns because the ribs are definite enough not to be obscured by the colours.

I made the smaller size. Loved how the pattern moved neatly from one section to the next. Very elegant! However, the rib pattern never really became automatic so I made many mistakes. Especially in dim light! These socks took me much longer than socks usually do to complete. I’m very happy with the results though so it was worth persevering.

All in all, it was an OK year, 2013. Health good, spirits good, production good, family good, travel amazing. Can’t really ask for much more, can we? Except for another year like it! Moving right along.

Stop the presses! Whoo-hoo! I just got a prezzie in the post from a dear blogger buddy! (Thanks so much, Heather!) I’ll unwrap and show you later. Right now I’m going to kick the backside of 2013 and see you in 2014! 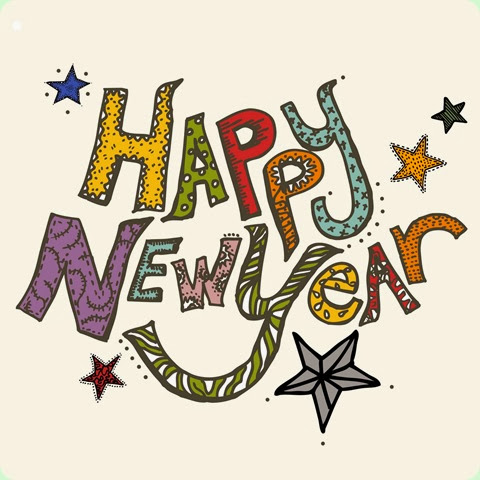 So glad the prezzie arrived. And I totally get the green guilt! What does one do? I read a survey done by GVRD several years ago that determined about 20 kilos of textiles go into the landfill per person per year. And the sorters at Value Village might bale it and send it to the third world. I think I am just going to bite the bullet, clear the shelves and send those pants with a wonky waistband and the bras with broken underwires that I never got around to replacing to the dump, and then atone mightily from here on in. You have been doing such a fabulous job making your own clothes that I think you have earned a few carbon credits.

Good point. Though I would love to know where the various local charities dispose of their unsaleable garments. Even including fabric scraps from sewing, there's no way we dispose of even 5kg worth of textiles per year in this house! Obviously somebody is pitching considerably more than the average, huh?