September 17 - Lake Gogebic State Park, Michigan Upper Penninsula.
It was still dark when we left Brimley at 6:30am. We ran into the usual early morning patches of fog too. The Upper Penninsula is really quite lovely and the trees are actually starting to turn giving us a hint of the glorious fall colours that we won't be around to see. We stopped at a rest area on the Agate River that had a short trail to a waterfall. But I liked the underside of the old train trestle better: I couldn't quite capture the interesting rust though.
Lake Gogebic is much further west than Soo and just over the time zone into Central so we actually gained one of our lost hours back. It's a big lake: 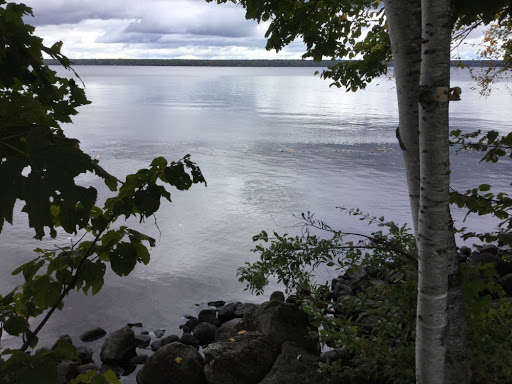 We walked the forest trail across the road from the campground but it was very muddy and not particularly photogenic. Anyway I was too busy trying not to go splat! We had to wash our footwear off at the water tap when we got back. The weather finally decided to stop sprinkling on us then so after a shower we relaxed and watched the lake and the falling leaves for the rest of the evening. Just before we went to sleep the full moon came up over the lake. It was so incredible but I just couldn't get a photo of the effect. In the morning the sunrise was in the exact same place. It was a really special view from that campsite.
September 18 - St. Croix State Park, Minnesota.
Another morning's drive with patchy fog but it soon cleared up and became a lovely day. We drove on side roads through tiny towns and lots of forest into Wisconsin and across to our 7th state, Minnesota. The St. Croix River is right on the border between the two states and is a National Scenic Riverway. We only had time to see a very little bit of it: 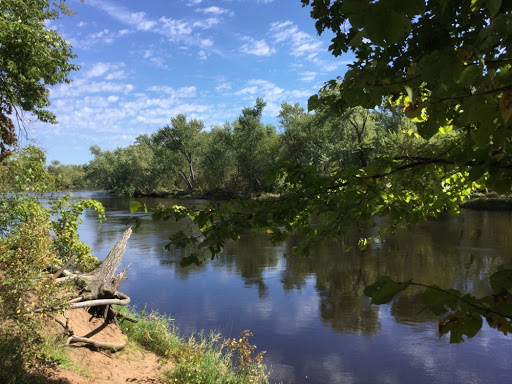 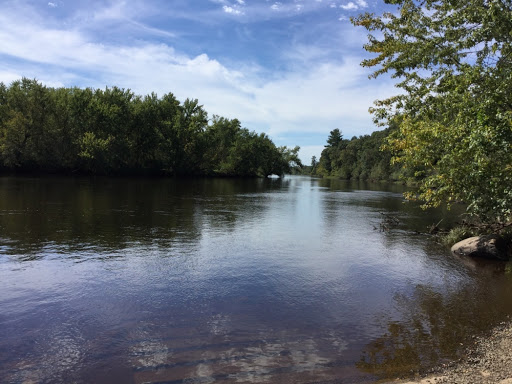 As well as canoeing there's lots of trails in this park, many of them multi-use for bikes, horses and hiking. We walked a short way along the bank of the river and then back along the bluff.
Wildlife viewed in the last few days:  white-tailed deer, many wild turkeys, sandhill cranes, a coyote, a bald eagle and an osprey.
We found unadvertised wifi in the park store. As always we have no idea when we'll find it again! Tomorrow we'll cross Minnesota diagonally down to the southwest corner. Another step closer to home.