Or maybe it’s the Odd-Essey! Everyone thought we were nuts to go camping in the winter. I kept saying we were going far enough south that it was at least spring down there. We only had to get there first. Who knew we’d be lucky enough to have solid glorious sunshine as we headed off? It’s still cold, especially at night, but it’s very tolerable. And our first few campsites happily had electricity so we could use our electric heater which definitely makes the frosty mornings much easier to bear.

On Day 1 we camped at Seaquest State Park in Washington State about an hour north of Portland. A walk along the boardwalk on the marshy edge of Silver Lake gave us clear views of snowy Mount St. Helens: 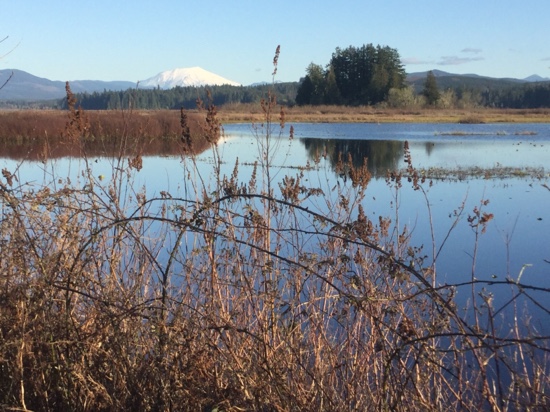 The air was very clear and I think this was the best we’ve ever seen the volcano who blew her top, at least from this location. It’s interesting that travelling this time of year you can see different views than usual because the leaves are still off a lot of the trees and shrubs and the understory plants haven’t grown up yet.

Day 2 found us struggling through morning rush hour traffic on the I-5 through downtown Portland. We didn’t get up early enough to avoid it! Eventually we made it past the worst of it and headed diagonally southwest through the fruit and nut growing area around McMinnville. Lots of wineries too although it’s the wrong time of year for wine tasting.

We finally hit the Oregon Coast just north of Lincoln City and were delighted to see the tide was in and the waves were spraying high. We pitstopped at Boiler Bay for a look at the pretty ocean views: 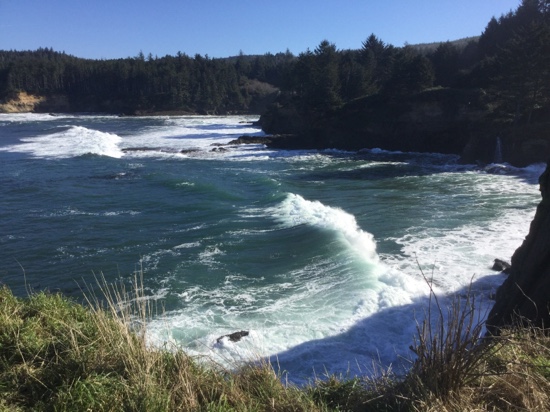 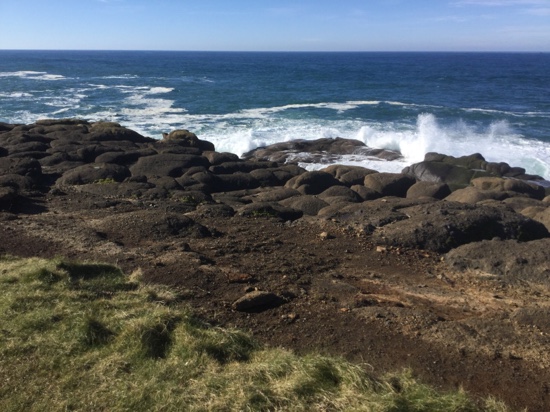 Lunchtime found us at Cape Perpetua so we stopped at the Devil’s Churn. I couldn’t get a very good photo of the churn (it was in the deep shade and I couldn’t catch the big wave splash) so we walked down the trail: 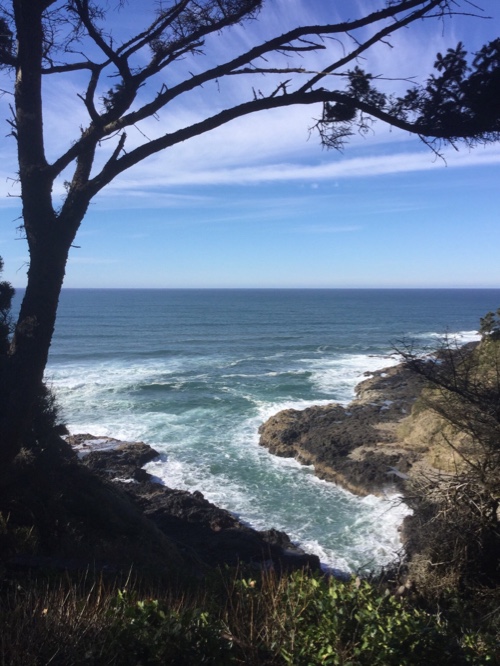 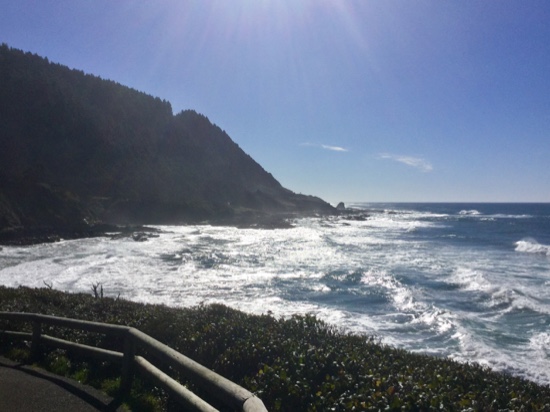 Wish you could hear (and feel) the pounding of the waves! Much refreshed we continued on to Carl G. Washburne State Park. Another walk, this time on the windy and rather chilly beach: 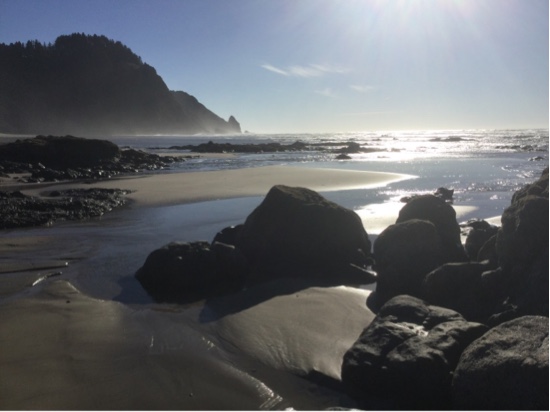 And through the twisted and mossy forest: 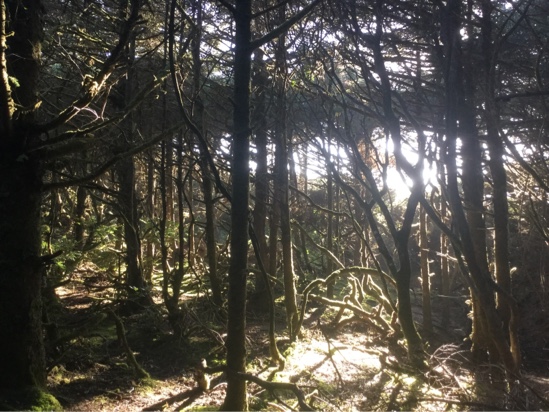 And back to camp. Next stop tomorrow will be in California. We’re having a very good time so far (the good weather doesn’t hurt) even though the distances are rather long. It’s the only way to get there and back again in the month that we’ve allowed for this trip. Anyway Thom and I figured out how to travel without discomfort after crossing the continent not once but twice. Home Sweet Van!