Part 8: Into The Mountains

So I thought we had done Joshua Tree but on Day 20 on the way out of the park we stopped at Hidden Valley and walked the trail. This was a spot that horse thieves and cattle rustlers had found to stash their livestock back in the late 1800’s when there was still enough water and grazing available. It was a pleasant morning’s hike before hitting the highway. 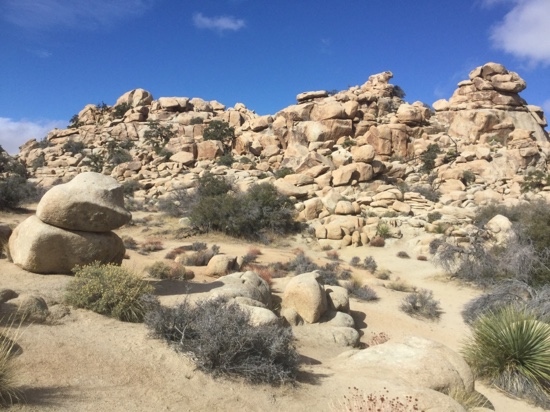 Some interesting rock formations (a lot of them perfect for climbers) and the quintessential desert: 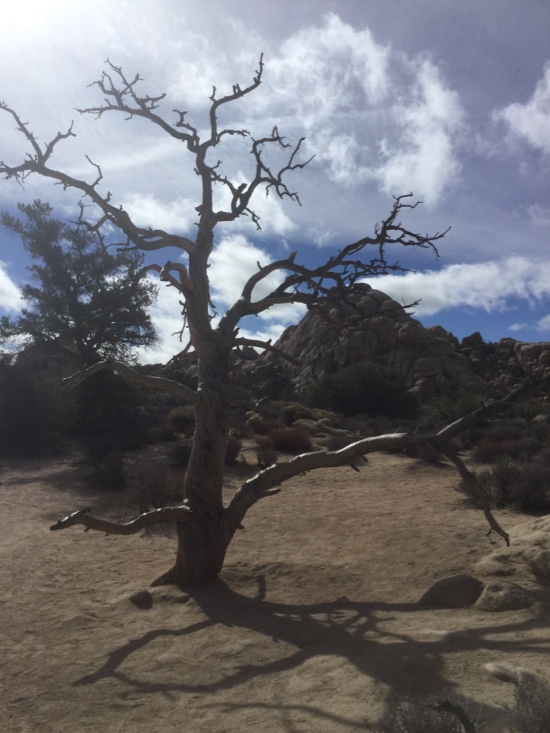 The rest of this day was kind of bizarre as we negotiated freeways with gusting winds that shook the Westie and then climbed, climbed, climbed into the clouds above San Bernardino. We actually got lost in the fog when we couldn’t see the road signs. At. All. And there was surprisingly so much traffic around us and nowhere to pull over to figure out where we were supposed to be going. Finally we pulled into a municipal park and pulled out the cellphone and still had trouble figuring out which way to go. Eventually we got on the right road and went down, down, down to Silverlake State Recreation Area. It wasn’t just pouring rain by that time but interspersing it with hail and wind. Yuck. At least we had the smarts to upgrade our campsite to a plug-in one so we could at least have electric heat. Just an overnighter. Whew.

Day 21 found us in better weather on a long haul going west and north to Pinnacles National Park in central California. We had 3 days planned here and it was totally worth it. 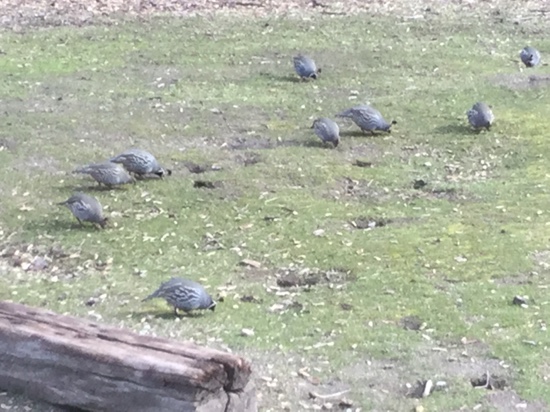 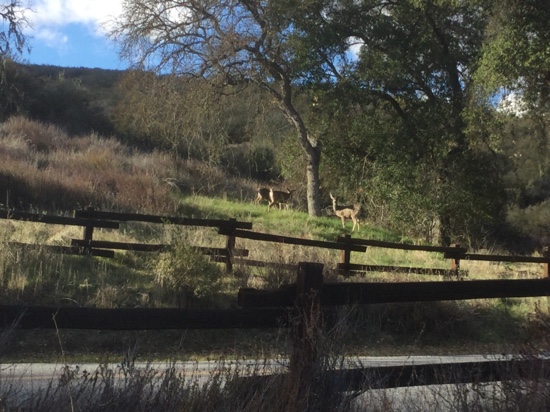 On our second day here, Day 22, we drove up to the parking lot for the Bear Gulch cave trail. We had brought our caving headlamps along just for this opportunity. 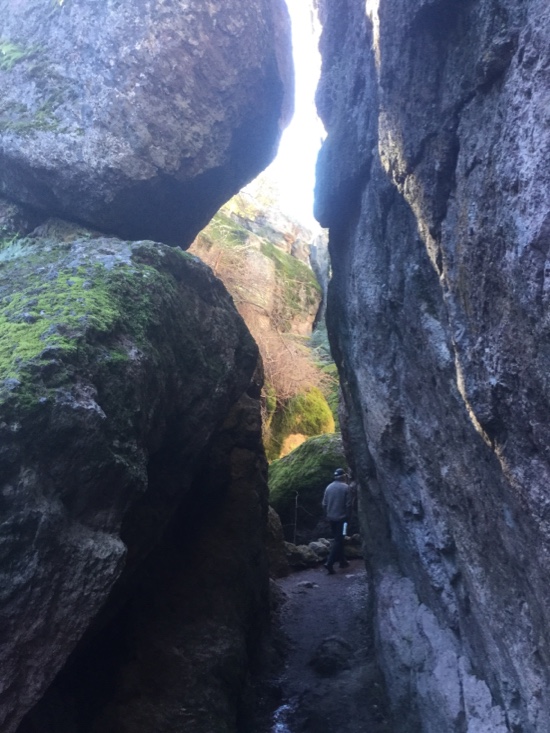 The cave is more like a pile of rocks than an actual cave system. 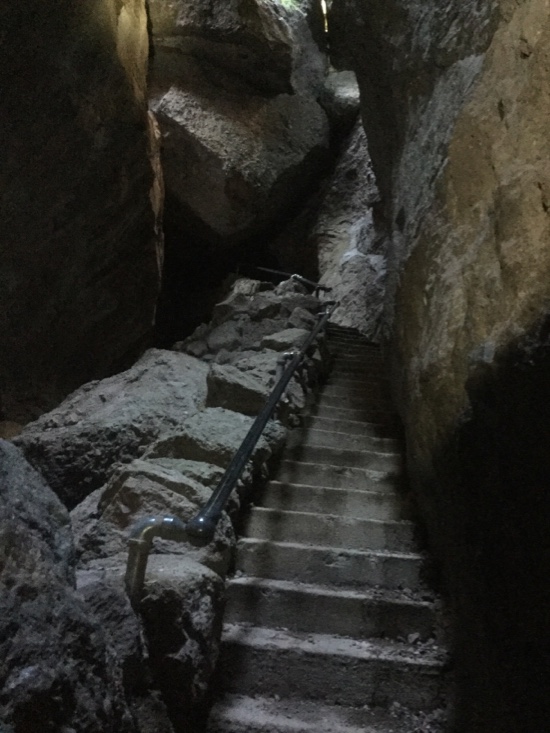 This one had lots of handy stairs and sturdy railings to help. There was the sound of water all through as the reservoir above trickled water down through the cave. 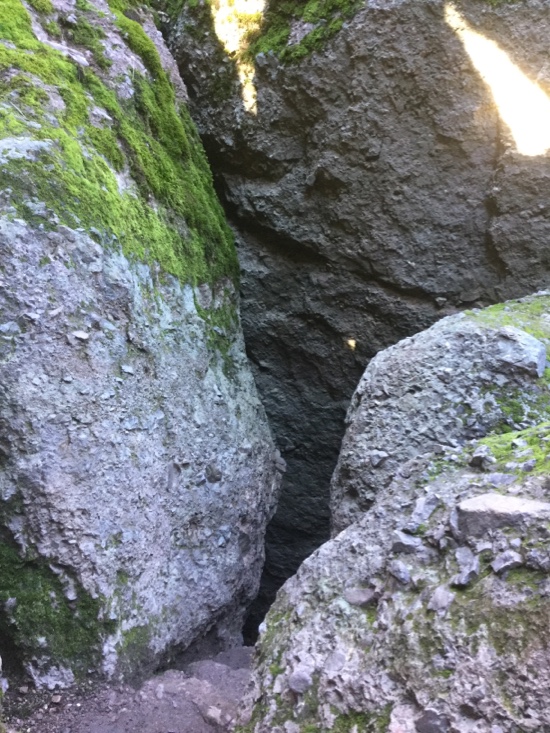 That’s the top exit! Who knew I would enjoy caves this much. I used to be terrified of them. There is a second section that was blocked off to give the resident Townsend’s big-eared bats privacy to birth their babies. No problem! At the top we continued to the reservoir which is very picturesque. 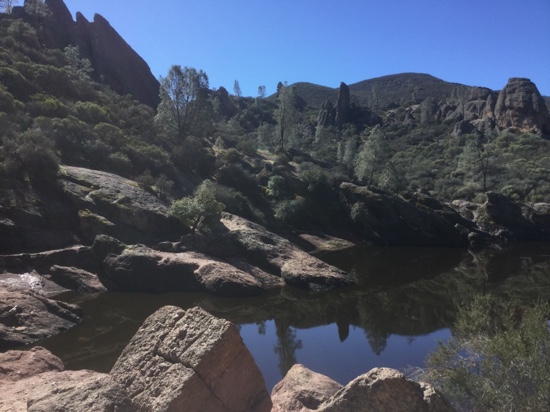 Then we continued around the Rim trail back to the parking lot. 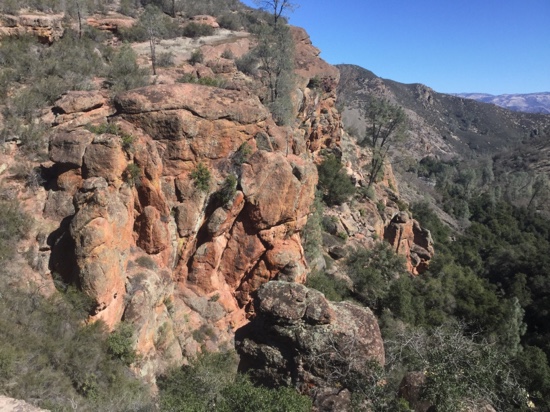 We saw our first condors here. They’re hard to tell from the ubiquitous turkey vultures but they’re larger and have white patches towards the front under their wings. Of course you have to see them close up enough to check! This park has 33 rare California condors and every one is tagged and recorded.

On Day 23, our last day at Pinnacles, we drove up to the Old Pinnacles trail parking area. We weren’t sure we could walk all the way to the second cave system but we managed. It was more tricky than the Bear Gulch cave. 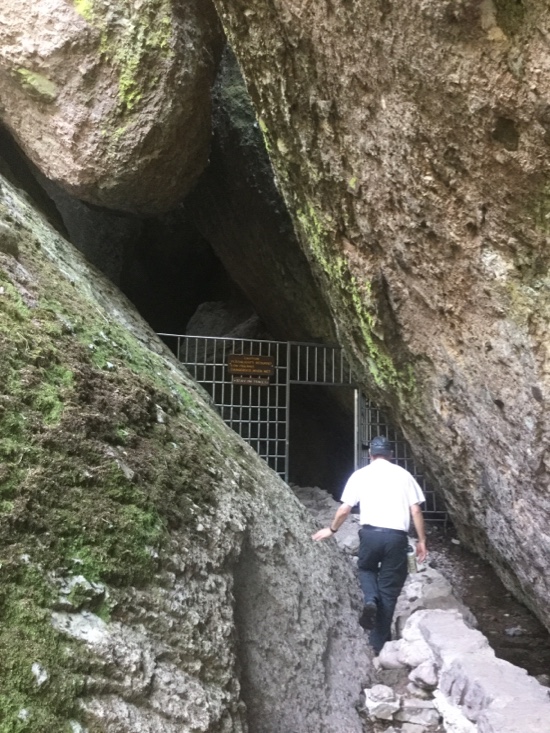 It was quite wet and just getting to the cave entrance took some doing. However, I amazed myself by managing with Thom’s helping hand to do it. Yay! 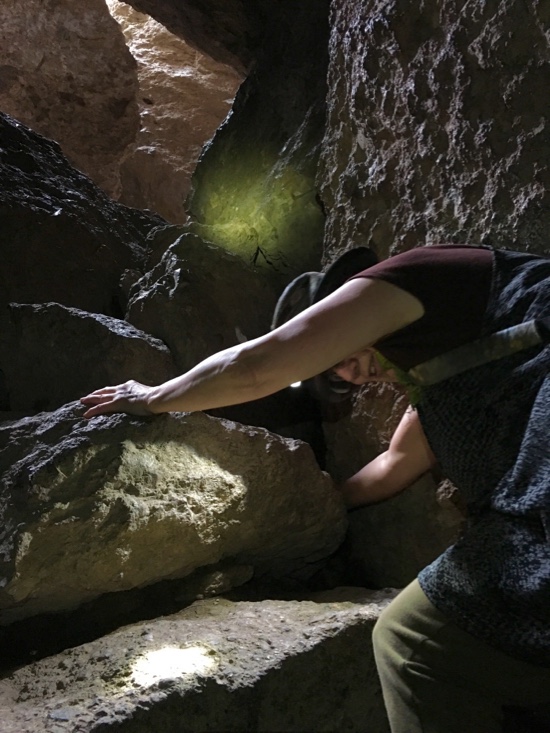 The way out was the easy part! 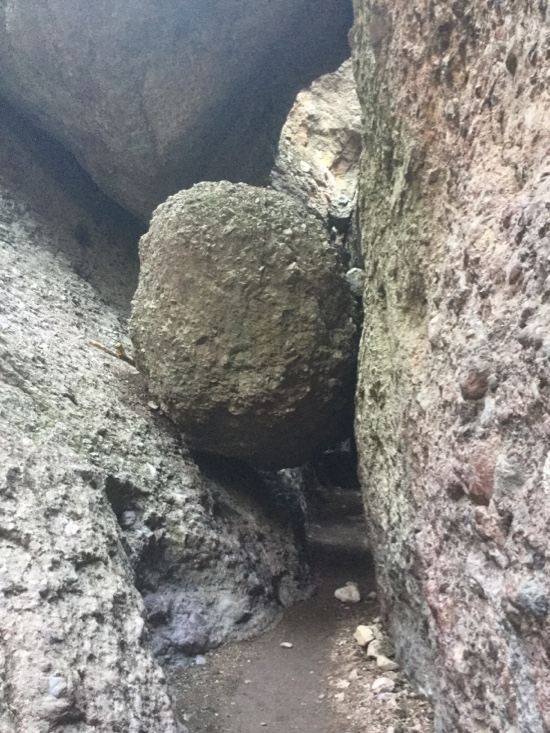 Then we walked around the high trail back to the main trail. 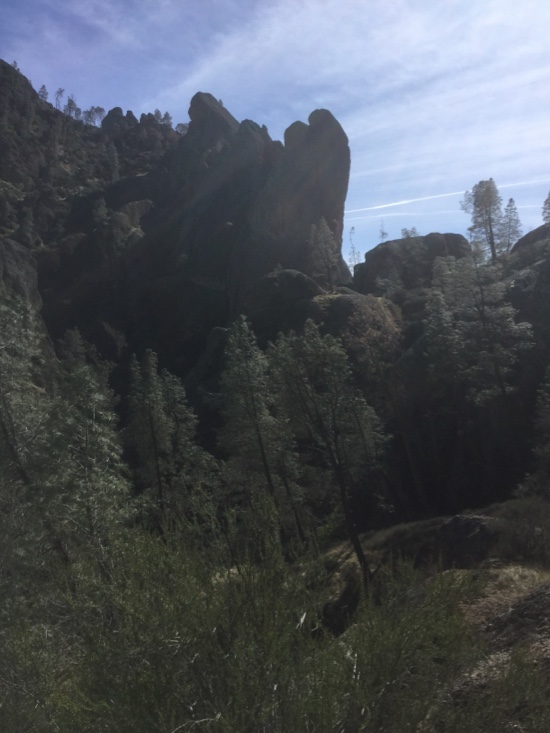 Luckily the temperature was reasonably cool. We ended up walking over 10 kilometres which is a long way for us.

This morning, Day 24, we left not too early to drive north again up the penninsula through San Francisco and back over the Golden Gate Bridge to Samuel P. Taylor State Park again. We’re back to familiar territory and tomorrow we’ll be following Highway 1 along the coast. North toward home though it’s still a long way to go.