August 21 - Whycocomagh Provincial Park, NS.
We managed to squeeze on the 9:30 ferry from Woods Island, PEI: 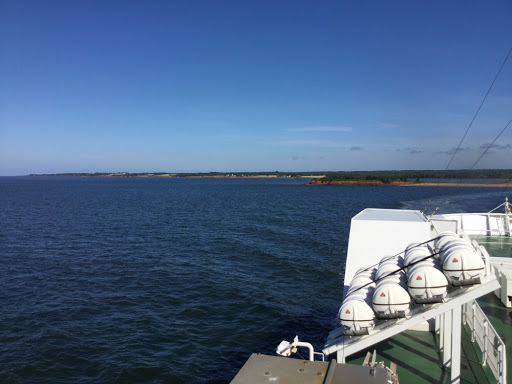 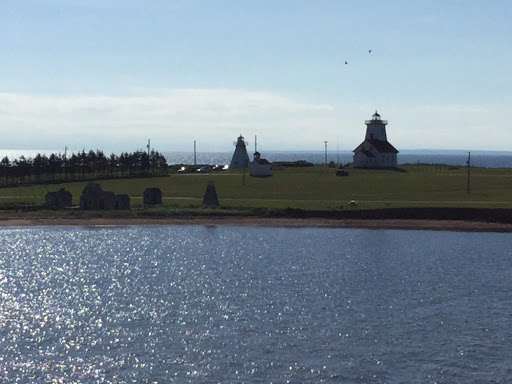 Goodbye Province Number 8 and on to Province Number 9, Nova Scotia! We stayed at Whycocomagh on Cape Breton which is a convenient distance, both from where we were and where we were going. It's a pretty little campground and the facilities rate highly on my Clean-O-Meter. The weather was perfect with a nice breeze to take the heat off. We took a walk across the highway down to the picnic ground. The steps to the little beach: 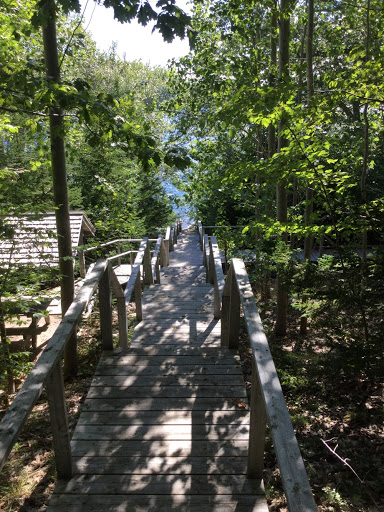 This looks like Ocean but it's the Bras d'Or, a huge saltwater lake system connected to the Atlantic by narrow channels. 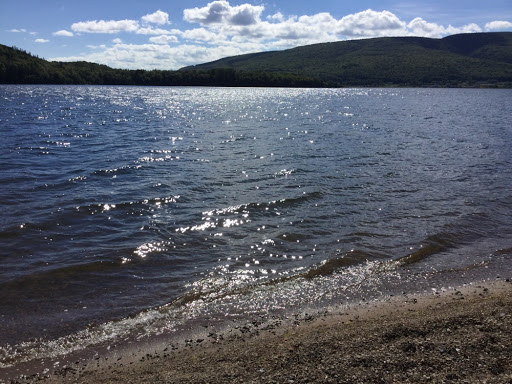 The locals have all sorts of jokes on the name like Brass Door and Arm of Gold (literal translation).
While in the park we also visited the Tsimshian pole slowly going back to the earth. 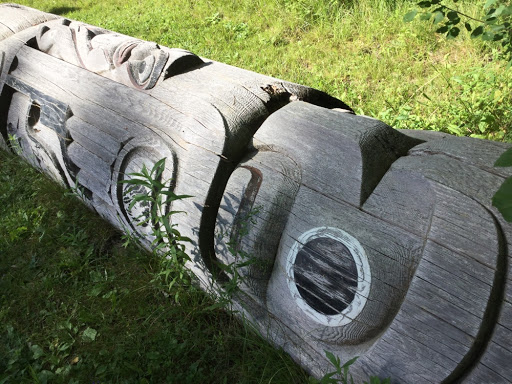 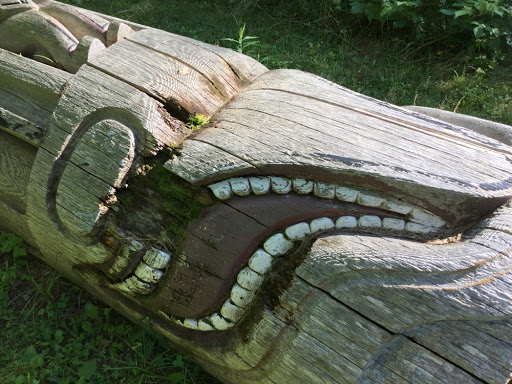 It was a gift from BC and once stood at the visitors centre near the Canso Causeway, entry to Cape Breton. When it was retired in 1971 it was laid to rest here. I gave it greetings from its home province. Thought it might be lonely since it's the only one in Nova Scotia. 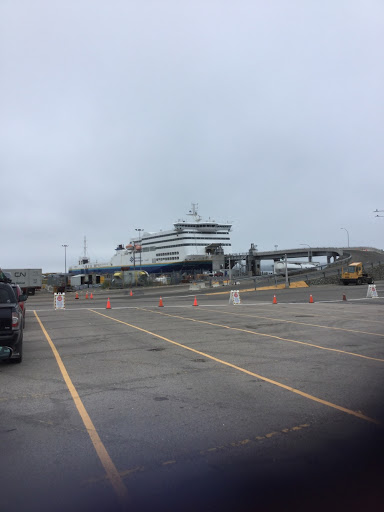 Now we're in North Sydney waiting to load our ferry, Highlanders, to Newfoundland! It's a minimum 6 hour voyage and it takes forever to get aboard so we had to be here 3 hours early. At least they have wifi while we're waiting.

Yeah...Newfoundland! It's so often the province that just doesn't make it the cross Canada itinerary. Thrilled that you are making it happen!

Love the Travelogue!! Always wanted to go there - who knows, may get there yet. Keep up the good work. S.