We're back safe and sound. A mite damp here and there but refreshed and ready to get back up in the studio. The weather was great for the first four days and of course the best one was the day we spent inside at the Puyallup fairgrounds! Figures. The first two days we stayed at Camano Island State Park. It was lovely: 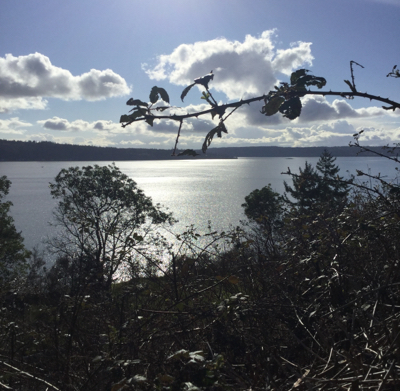 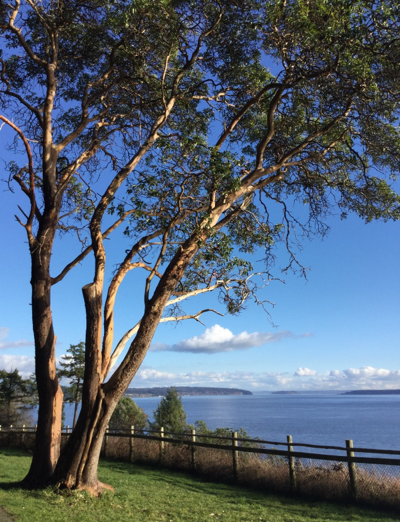 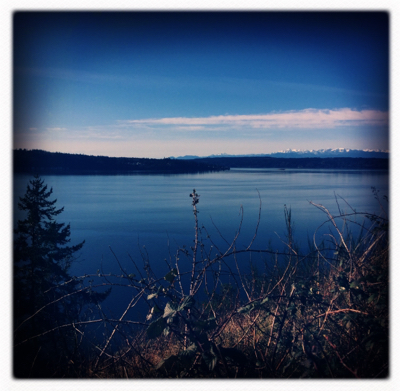 (Yes, I was playing with my Hipstamatic camera app.) Camano is tucked between long narrow Whidbey Island and the mainland and accessible by a bridge. We hadn't stayed here before and apart from no electricity it was very nice. Lots of trails, beach, wildlife (eagles, bunnies, deer), and because there was hardly anyone else around we got the best campsite in the sunshine with a sea view. Note the snow on the Olympic mountains in the distance. The wind was a tad chilly but our trusty new propane heater saved us from the evening temperature drop. Otherwise it was looking a lot like spring has sprung.
Next it was off to our damp grassy parking spot in Puyallup complete with hot and cold running trains. At least we had power so we switched to the electric heater! No washrooms though so we made use of the "honey bucket" and handily dumped it down the sewage connection. We are masters at making it work with what we have available! There were a lot of other campers there for the same reason we were but they generally had larger accommodations. Never mind. I loves my van.
I was looking forward to the Sew Expo but I have to admit to being a little disappointed in the end. I only had a few items on my shopping list but didn't find them and anything else I saw was so expensive that I talked myself out of it. All I bought was this small collection: 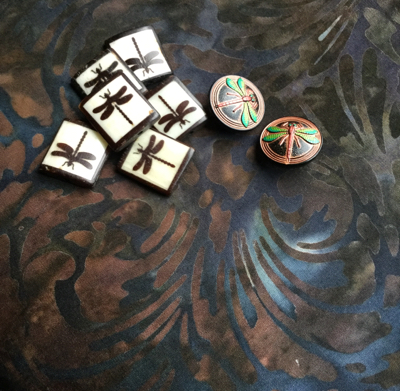 That's 6 bone buttons and two glass ones plus 3 yards of batik cotton fabric. I had a hard time choosing which one! There was an awful lot of quilting fabric but not a lot of garment appropriate stuff and what there was was very pricey, especially considering our low Canadian dollar. So I skipped it, even the gorgeous linen knits at The Sewing Workshop and the fabulous Tilton collection.
Speaking of Tiltons, we did get to their style show and I enjoyed it very much. There were some other designers' patterns featured as well as their own and other sewists' interpretations too. Always gets the juices flowing! A woman sitting next to me commented that the audience was a different group to some other seminars/style shows she had seen. More inspired and creative? What can I say? She and I were both knitting on lace scarves.
The next day we headed to Oregon but I'm going to save that story for the next post!

Hey Louisa! I saw you in the photograph on Marcy's blog! You may not have purchased a lot, but what you did buy are absolute treasures!

Good catch, Sue! I had already seen the photo and then went back and found Thom and me right in the middle! He was the only guy in the room. Heh.