Just an addendum to yesterday’s post: I fixed the issue I was having with my weaving! I picked a time when I wasn’t tired or frustrated, sat with the loom a little while and really looked carefully at what I was doing. First I cranked up the tension even more which is easy to do on my big countermarche loom with its “ship’s wheels” as my Grandbeasties refer to the ratchet and pawl tensioning system: 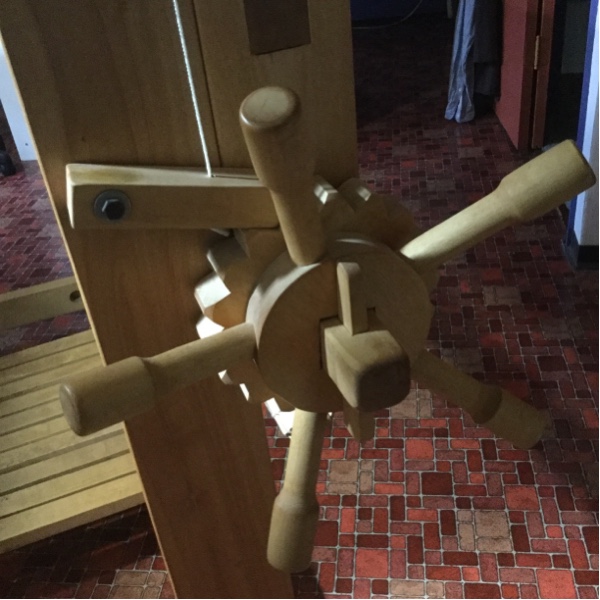 You can get some pretty good torque going with those!

Then I watched as I threw the shuttle from right to left and discovered that some of the threads on the upper section of the shed were hanging lower than they should causing the shuttle to bounce over them. They looked fine when I got off the loom and took a photo from the side: 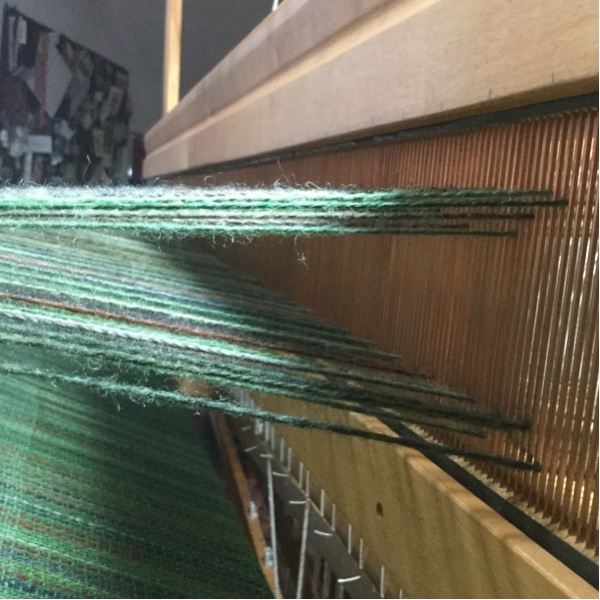 That space (called the shed in weaving-speak) is where the shuttle has to pass through on its way to the other side. There’s always going to be a little unevenness since I threaded this plain weave on 8 shafts and each shaft may not lift exactly even with the next. But close is (usually) good enough. It was then that I discovered that for efficiency I was leaving my feet on both of the treadles as I pressed down one or the other for each pass. It didn’t seem to matter on one side but somehow I was putting too much weight on the left treadle as I depressed the right one causing the shafts that those naughty threads are on to sink a little. So I deliberately concentrated on lifting the weight of my foot at the appropriate time and...hello...it worked! I haven’t had any more submarines or hopping and skipping shuttles since. Yay!

One last tweak was to make sure that my weaving bench was exactly the right distance from the loom so that I can reach the treadles and still make the wide swings to the left and right to throw the shuttle. You know my tiny T.rex arms, right? Well I also have short legs and my loom is a rather large one. There’s a definite sweet spot about 6” out from the bottom beam and I’d forgotten.

So I have nearly a yard woven now! I love this closeup view from underneath the loom: 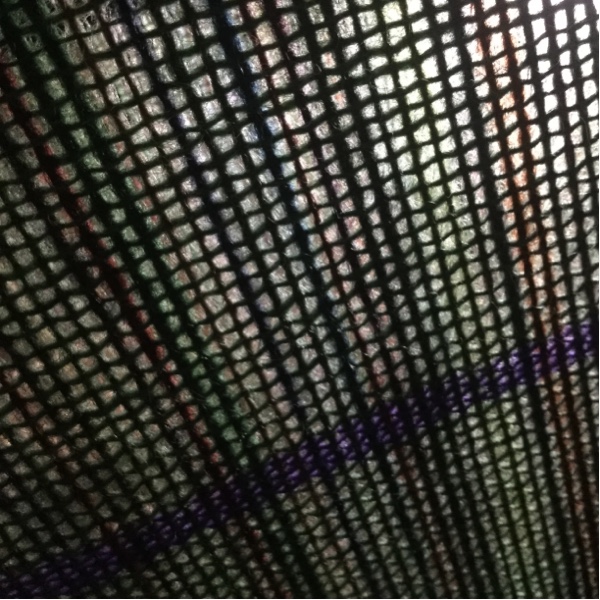 One day I’ll give you the Grand Tour of the Countermarche Loom. It’s not a very common type of loom and it has some advantages and also quirks all its own. Mine was made by John Low of Woolhouse Tools back in 1989 and her name is Gertrude No.27. Parts of her often show up in my garment photos because she takes up half of my studio and it’s kind of hard to avoid her photobombing. Gee, I’m so glad we’re back on speaking terms!

I love that feeling – having enough time to solve the dilemma. Glad you did it. Sounds like you are going apace, as they say. Brava!

it is always a relief when you get your loom back under control. They all have their temperamental good and bad habits. I talk to mine nicely and share tea and cookies. Happy weaving.

Oh, tea and cookies. Never thought Gertrude would want to share! We did give her some lubrication today though. She was squeaking badly in her jacks. Now she's whispering quietly!

Gertrude was a lovely soul, did you ever meet her? She would have shared. Hope you are healing and feeling better.

Yes, Jean, I did meet the real Gertrud! And she was definitely a dear. She said I should get the drawloom attachment so I could learn how to use it (preferably of course from her). Unfortunately I never went that far. Missed opportunity for sure.