Part 4: In The Desert

Whilst I still have wifi available I figured I had better whip up another post for you. Who knows when I’ll have the opportunity again?

When last I wrote we were still in Big Sur. Did I mention that after days of glorious sunshine, it clouded over and rained during our last night there? On Day 8 we woke up to sporadic rain showers and the trip back up the coast to Monterey was crazy with wind and rain and even hail or sleet or whatever that white stuff was! And then it cleared up for the rest of our long day travelling south and then east through some of the major food growing areas of California. We saw huge fields of tiny baby lettuce, broccoli, artichokes and other green plants unidentifiable at highway speeds. Further south there were groves and groves of nut trees, almonds in gorgeous bloom, pistachios and walnuts. We stopped for gas and bought some nuts and chocolate drizzled nut bark at the nearby outlet store. Yum. There were hillsides covered in sleeping grapevines and offers of wine tasting, most of which were closed for the season. Further on we came to orange and lemon groves too. Now we know where a lot of our fruit and veggies come from and how they’re grown. It’s amazing how much land it takes.

Our goal that night was Red Rock Canyon State Park in the eastern part of the state and on our way to Death Valley. The wind when we arrived was terrible and really cold! It turned out a cold front was headed in and it was freezing overnight. Temperature was -7C (19F) and we liberally used our propane Mr. Heater to warm up the interior of the van and melt the frost that had formed on the inside of all the windows! We are always warm enough at night since we sleep under several layers including my Stashbuster Blanket which has been wonderfully useful on this trip. So much for running away to warmer climes though apparently it was actually snowing back home too! At least we’ve had plenty of sunshine.

So here we are on Day 9. The boringly named Red Rock Canyon (couldn’t they have come up with something more original?) is very scenic. Now that the wind is stopped we can actually see it and after the cold night it has warmed up quite a lot so we can explore. It’s like a mini version of the badlands that we’ve seen in Alberta and also in South Dakota. 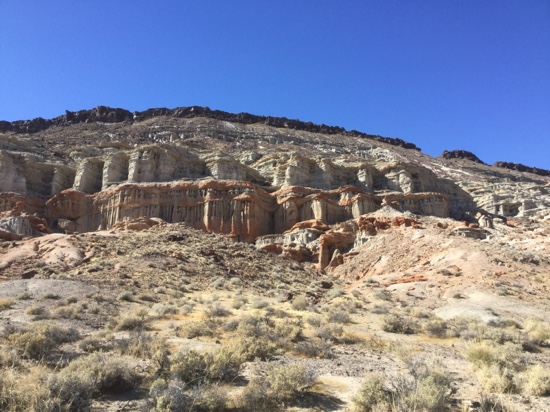 The campground is pretty rustic and tucked up beside the hoodoos. There are some well-marked trails to explore. This one is called (obviously) Window Rock: 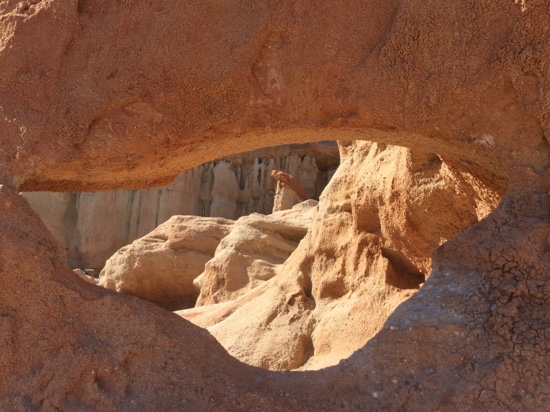 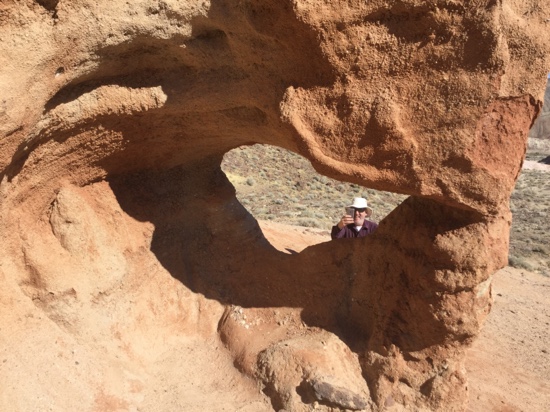 I took a whole lot of photos but it’s really hard to get the depth and colours right. This area is volcanic: 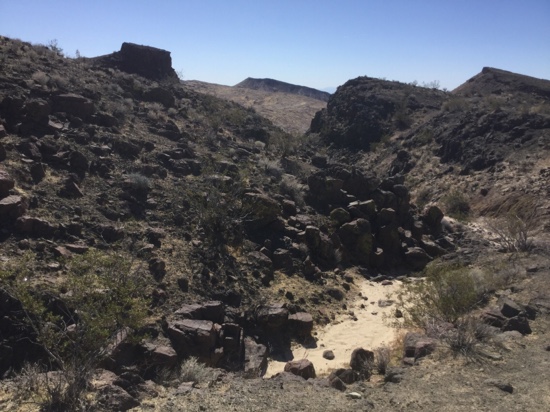 You can’t really tell but it goes down a very long way to the wash below. I’m also learning about the plants and animals here. We’ve seen the cutest bunnies and a much larger black-tailed hare. Also hummingbirds sipping from the creosote bushes that are the only plants that are flowering. I especially liked the Joshua trees: 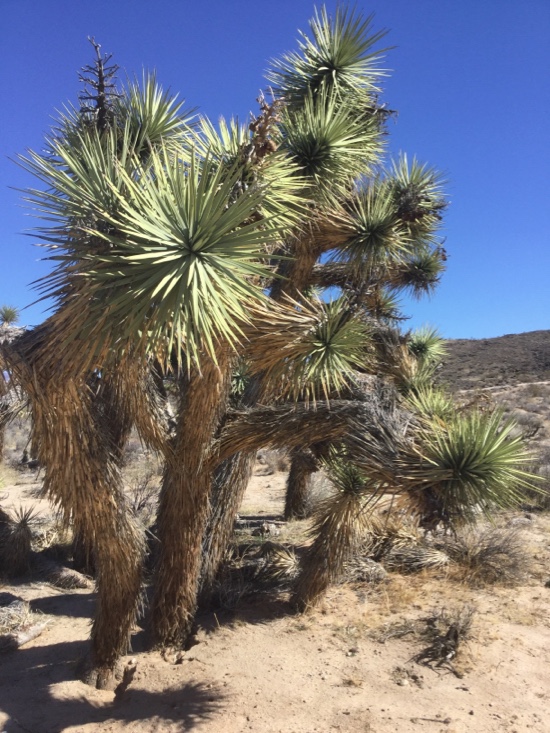 And the beavertail cactuses: 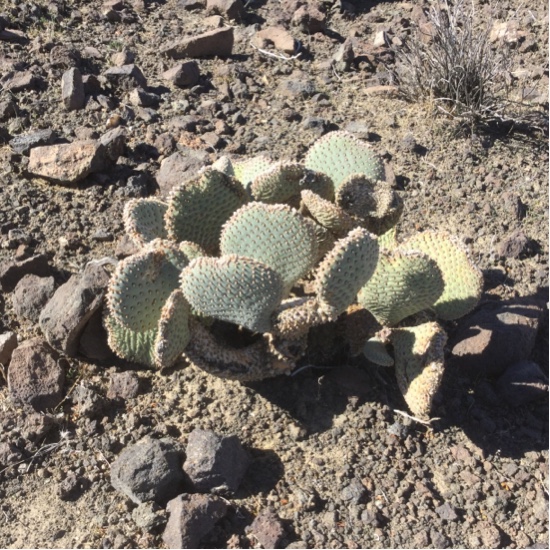 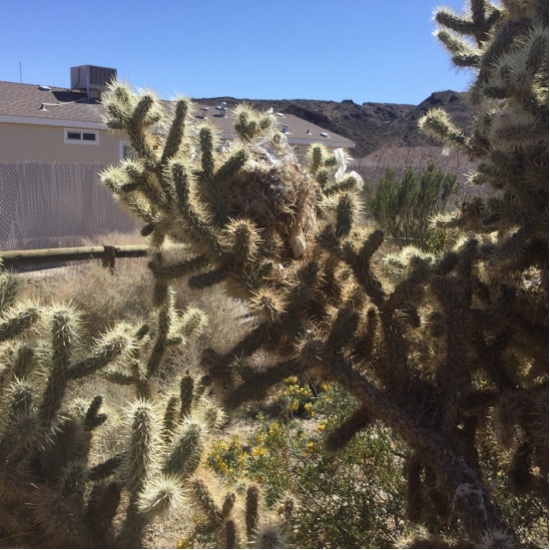 This one has a cactus wren nest in it. Can you see it?

Tomorrow it’s off a few hours north and east to Death Valley. It’s reported to be even colder there! Who knew? Wish us luck. Maybe we can find a campsite with electricity! Whatever, we’ll be fine. Anyway, I’m not expecting to find wifi again for awhile. But you never know. More posts when I can!