Happy Spring! (Or Happy Autumn if you’re on the other side.) We’ve been trying to catch up on some of the gardening chores we ignored when we went haring off to the desert. Thom’s been clearing and turning some of the veggie beds. And I’ve been planting seeds in the basement Grow-Op, as my children gleefully call the small counter with fluorescent grow-lights under the cupboard above it. I’ve got a bunch of early veggies and flowers seeds in their flats and now I just have to wait until something pops up! I still need a few more seeds though so we’ll be going out to the garden supply shop soon. And some things are waiting until it’s warmer to get planted such as the tomatoes, squash and cucumbers. I start most of my plants indoors but don’t like to hold stuff in pots for too long. My most immediate concern are the peas since I don’t have the seeds yet and their bed isn’t ready anyhow. They need to get in the ground soonest. Oh well. We do our best. So did you see the kale buds I picked yesterday? 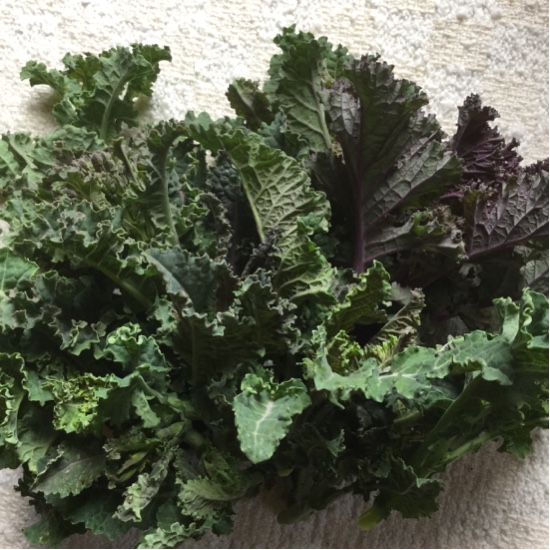 Best part of the kale plants, if you’re patient enough to wait until spring. We have pickable chives too. Plus the garlic is a foot tall and the rhubarb has baby leaves. Spring for sure.

In crafty news, I mentioned Thom’s Hank’s Pullover in passing back in the travelogue when we were in Valley of Fire State Park, Nevada. Since we got home, I finished up its entry in my Ravelry page and was immediately contacted by Jessie McKittrick, the pattern designer. She very kindly gave me some nice compliments and asked if she could use Thom’s picture on her pattern page! I asked and he said yes. Isn’t that sweet?

I also finished up a pair of socks for him after I finished his sweater. 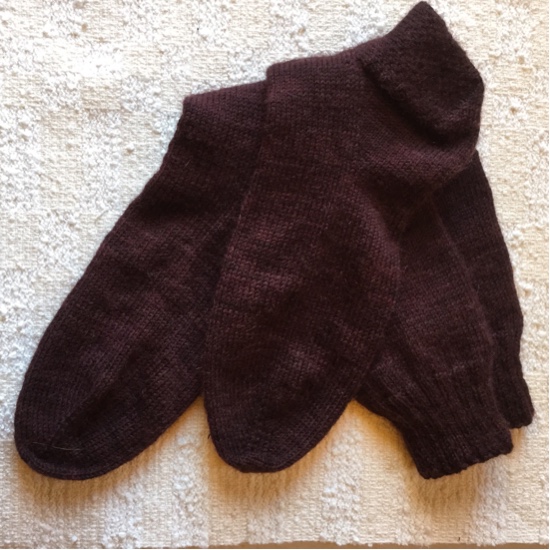 Rather plain, but with an eye of partridge heel for a tiny bit of interest. I dyed the yarn last winter using the sludge that was left after attempting to snow-dye on wool with acid dyes. Of course after I finished them I remembered that I had wanted to use that yarn for myself! I totally love that dark mahogany brown colour. My goodness, that man is getting spoiled rotten, isn’t he? Luckily he deserves it.

Now for the UFO’s. I have more than a couple of them floating about. For starters, I have a shawl in progress that I haven’t touched since August. It’s linen and it needs concentration and I’m not sure about how it will block. I brought it with me on the trip and didn’t even look at it once. Obviously, I need to revisit this. But not right now.

Then there’s my Folded & Rusting pullover that I began back at the beginning of December. I’m nearly up to the underarms on this pattern by Veera Valimaki: 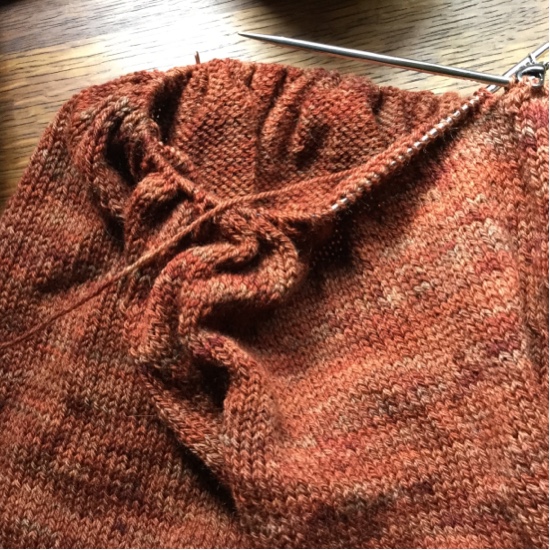 But I seem to be stuck or hesitating or... something. I’m not sure if I have enough yarn. I only dyed 3 skeins of the Cloudborn Wool Fingering Twist and there is no more or a way to repeat the dye colour if there was. Note that it’s actually more red than it looks in the photo. I do have some sock yarn that would coordinate ok though so that’s not really the problem. Maybe I’m not sure if this style is for me? Though there are 1196 versions on many different body types and I’m pretty sure I started out loose enough at the hem. Dunno. Maybe I just need to keep knitting? If it doesn’t work I can always frog it.

Instead, I’ve been knitting on the last project I started on our trip after I finished the socks. This is the Catch & Release Cardi, pattern by Melissa Schaschwary. This one is going along just fine: 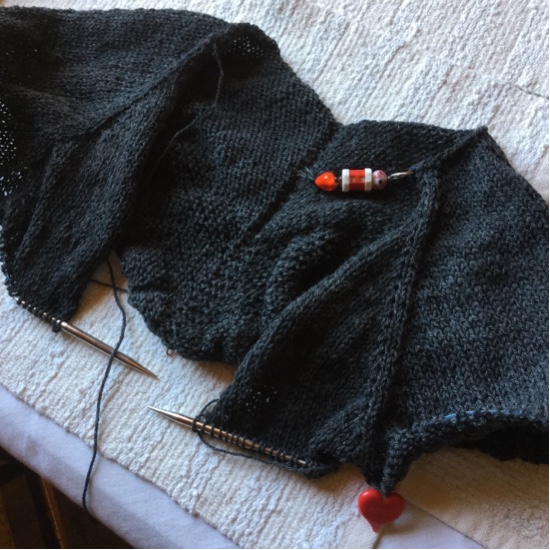 Well, that’s the current state of my knitting basket! We’ll discuss the state of my sewing pile another time. Right now I’m staring at these pants that came on holiday with us and now mysteriously need repair for popped stitches and failing crotch seams and the like. I think I was a little hard on my camping clothes! Was it the cactuses? Too much sand? Maybe it was climbing the caves? The olive green leggings seem to think so... 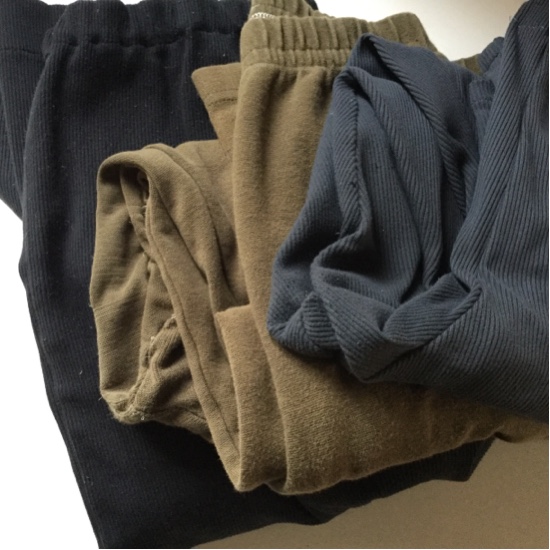