The State of the Garden

Hello! Hope those who celebrate Mother’s Day had a lovely one. I did! We were invited to my son’s for brunch along with the rest of the immediate family. Five moms in total in attendance! (And 4 generations.) It was great to catch up since we hadn’t seen everyone in person since Easter. I finally managed to capture photos of my three Grandbeasties, though they were of course action shots. These guys don’t hold still for long.

The biggest grandbeastie, aka The Wildling, who made us all delicious crepes for brunch: 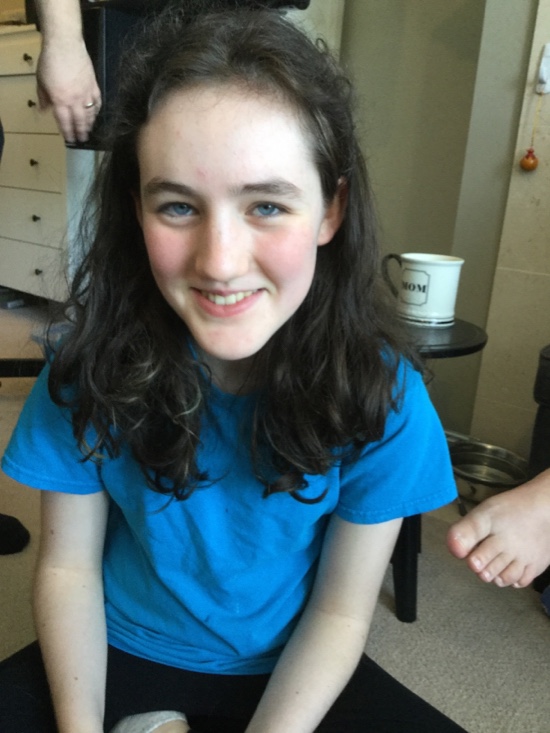 She’ll be 14 in a couple of months and she’s already taller than me. Also a very accomplished artist and never without her sketch book. Then there’s her younger brother, aka Stargazer (though these days he might be called GameGazer instead): 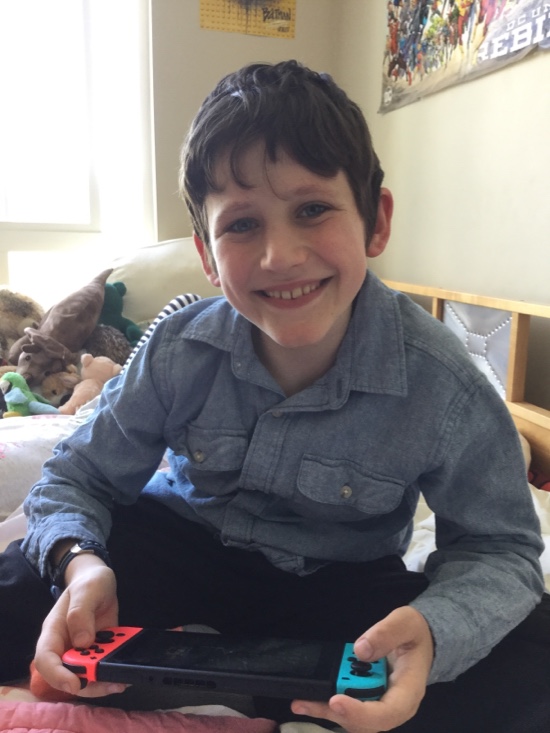 He’s 11 and just starting to hit a growth spurt. Good thing since he’s the youngest in his 6th-grade year due to a December 29th birthday and he could use a little catching up. He’s been taking hapkido martial arts though so not so easy to pick on.

And lastly their cousin, the Littlest Grandbeastie, who is the hardest to capture since she’s always in motion: 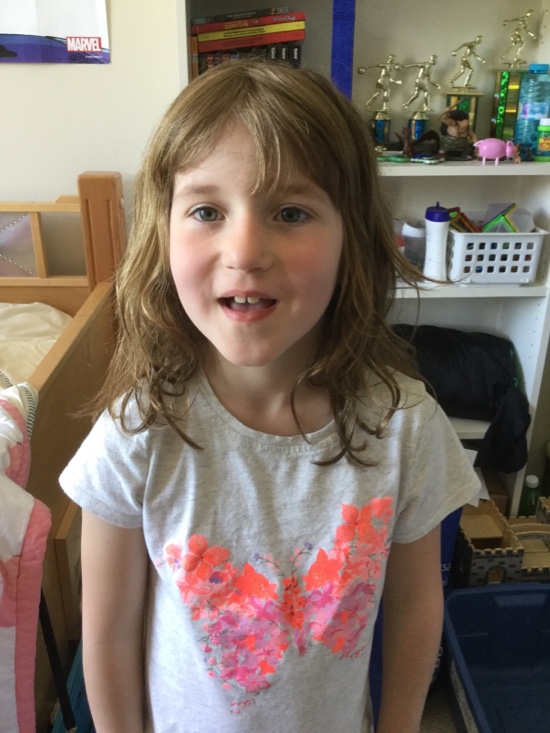 She a whole 7 now and definitely the social butterfly. An extrovert in our family of mostly introverts, she has two cats for brothers and she thinks she is one of them!

I miss having babies to cuddle but it’s fun to watch another generation grow and learn and develop into interesting human beings.

In other news, the weather has been super glorious - warm to downright hot! The garden has been springing up like crazy and watering has become an everyday project. Although it’s not too bad yet in that we don’t have to spend hours watering every inch every day. That will come later this summer, I’m sure! Meanwhile, I’m getting this much greens every couple of days: 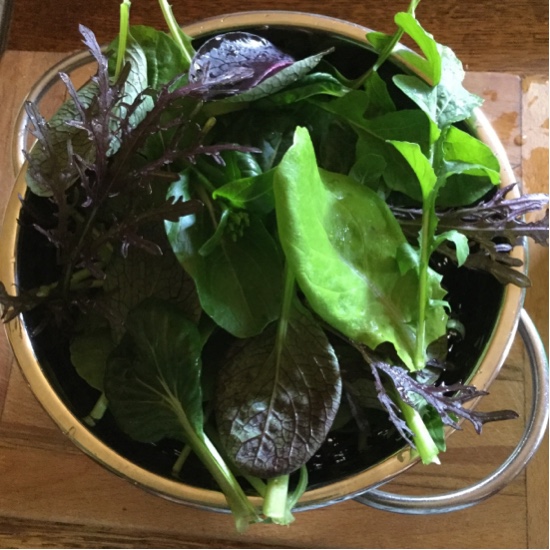 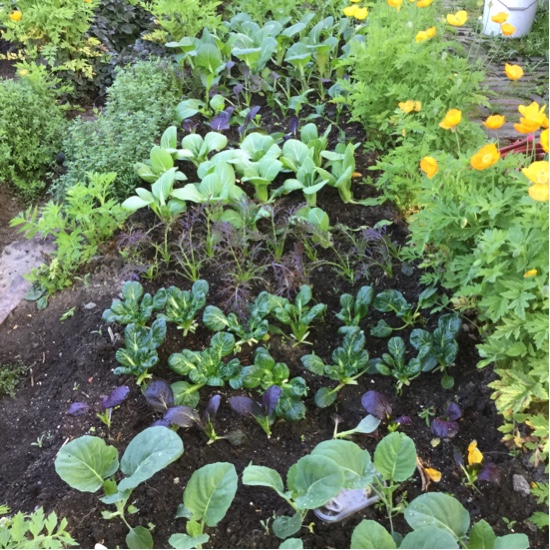 Yes, the Welsh poppies and other pathway plants are definitely getting a little...pushy. They’re rather pretty though so I try to keep them out of the actual growing area. If they get too annoying, they go bye-bye. The veggie garden and the dye garden are all planted now. There’s still a few bedding plants left for the front garden but not much space to put them in. And I still need to weed it first. However, I’ve been having some issues with dogs walking on my dye garden. Grrr... What is with people who are supposed to keep their critters on a leash and out of trouble? You can see how vulnerable this strip of garden is as it’s situated on the city property along the side of our yard: 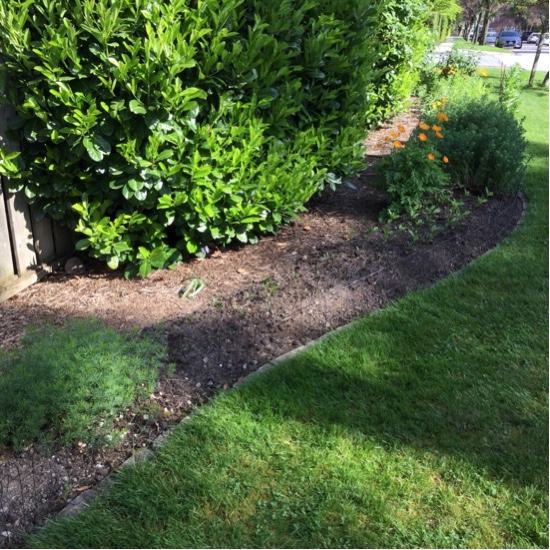 Yup, totally don’t mind people walking there even though there’s no sidewalk. But even when I put some small fencing up (taking it from the front garden where we also have a dog problem) there’s still big doggie footprints all over. One indigo plant was even pulled out (again) this morning! Have some courtesy, please, dog people. At least let the little seedlings grow up enough to be a barrier themselves. Sheesh. Or give me your address so I can come over and stomp on your garden. OK, rant over. We also get lots of compliments on our garden. Probably not from the same people who walk their dogs.

Off to do some ironing and more sewing up in the sweatshop...er, Atelier. Before it gets too hot and I need to bring out the fan. The fan is not good where pattern pieces are being used. Just sayin’.

Maybe it's just me, but I see a lot of Tom's features in your eldest granddaughter.

Annoying. ANNOYING. That your public gardens are getting four legged traffic. It's not their fault I know...it's the responsibility of the human to control them. I guess if there's a bright side, it would be not finding poop in the garden.

Yeah! There’s actually a true blend of both sides in each kid. I love that! Example: the Littlest looks so much like her mom at that age except for her dad’s mouth. So much so that she thought her mom’s kindergarten photo was herself!