Hello, my dears! Yes, I’ve been somewhat busy. My sister was visiting for a week or so and you know how that goes, right? Island Girl in the City! Shopping for things she can’t buy at home, visiting places she wanted to see, going to the dentist and the hairdresser, talking-talking-talking...you get the picture. We did have a good crafty session or two in the studio where I managed to finish the last of my previously cut-out sewing projects, another shirt for Thom: 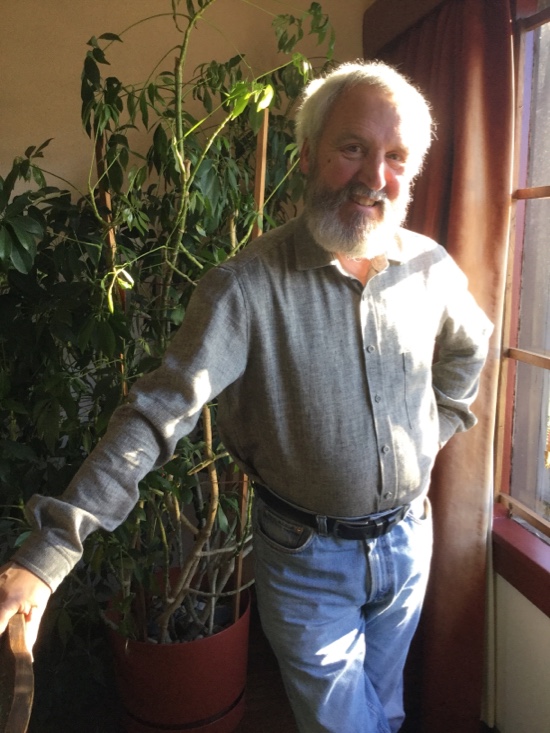 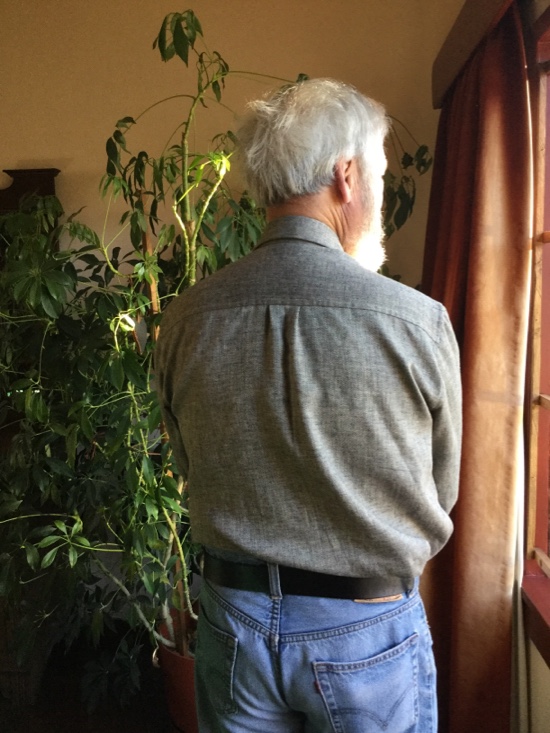 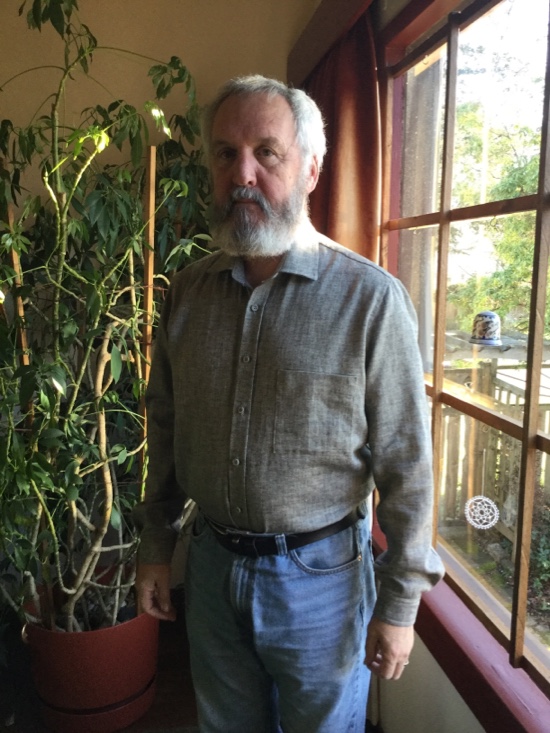 The fabric is a lovely soft cotton/linen herringbone twill (a black cotton warp and a half-bleached linen weft). He picked it out specially for a shirt so even though I was tempted to sew something for myself, I made the huge sacrifice (heh!) and sewed yet another Fairfield Button-up. This time I made a squared pocket, cuffs and ends on the sleeve plackets. Gotta keep each one different! He put it on the minute I was done and barely took it off for the next several days. It’s already gone through the laundry. I think that means it’s a hit, huh?

I was happy to be able to use my new straight stitch foot and throat plate for this project since it’s all straight stitching up until the buttons and buttonholes at the end. Yes, I finally got the hardware to attach to the throat plate that mysteriously didn’t come with the darn thing. My vendor (Toews Sewing in Abbotsford, BC) was very helpful and managed to find all the little bitty pieces for me, package them up and mail them including all the tiny little screws and an extra bobbin cover too. Only took me a few minutes and one of Thom’s wee screwdrivers to fix it: 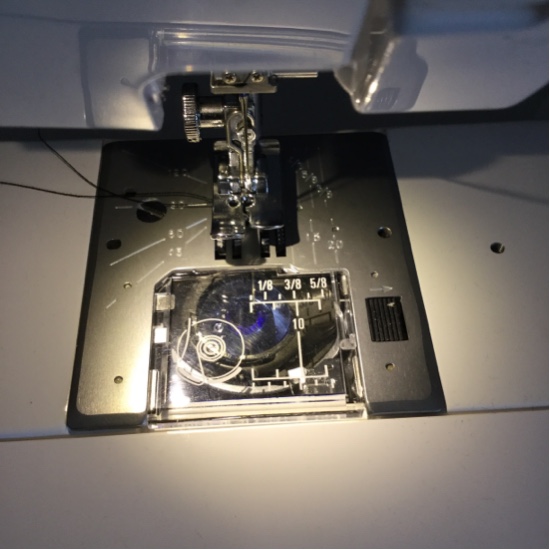 I think this setup gave me more control over my seam allowances and top-stitching. I’m just so pleased because I was never able to get many extra feet or other accessories for my old machine. They were expensive at the time and I didn’t have a lot of spare cash. Also snap-on feet are so much quicker and easier than screwing them on and off. I’ve taken advantage of many of the specialty feet for my new machine and have been pretty happy with the results. On this make I also used my new button foot that has a rubbery coating and a wide open space so it holds the buttons, even little shirt buttons, secure and you can easily see what you’re doing. Definitely worth the price of admission. I also had to make the bottom button on the front of his shirt different because I was one button short. It tucks into his jeans so you can’t see it anyhow.

Anyhow, it worked well and now I’m considering my next pile of projects. Lots to choose from but first I need to do some assembly and fitting changes on a few patterns. I’m really finding batch processing is working well for me. As long as I make a point of finishing up the pile before I make a new one! In the past, I’ve left things cut out but not sewn too long so that my needs and tastes changed before the garment got made. Not good. However, I’ve been very consistent in the past couple of years and even though it might take a couple of months between cutting out and sewing up, it does all get done in the end.

I’ve also been concentrating more on making things for Thom since I have plenty of wearing options and he doesn’t. I’ve now made 5 shirts and he still could use one or two more. Plus the pullovers/sweatshirts he likes to wear in winter (when he isn’t wearing the handspun sweaters I made hime) are pretty much down to a single one. That’s the next thing on my agenda anyway so he at least has another to switch off with. And then there’s the Peacoat Project. I have two new books on tailoring now which should boost my confidence somewhat. This is going to be Slow Sewing for sure. Stay tuned.

The weather has been pretty mild and alternating rain and sun. We’ve been trying to get out s much as possible for long walks. Here’s the scene yesterday on the Fraser River walk: 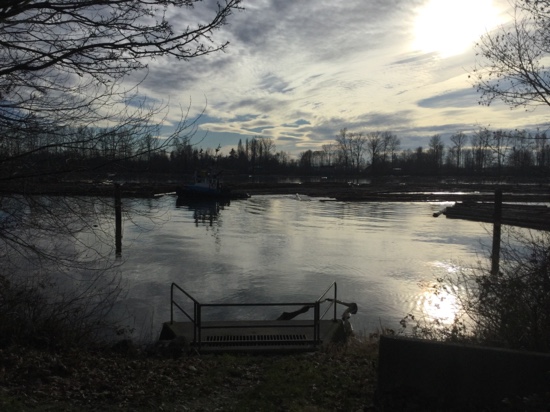