My Wayback Machine is finally grinding to a halt.

OK, now we’re getting down to the wire. Day 30 found us on good old Oregon Highway 101 heading north. We passed by some good camping possibilities, including Humbug Mountain (it was rainy), Cape Blanco (not a favourite), Bullard’s Beach (too far to the ocean) until we got to Carl Washburn, one of our favourite state park campgrounds on the Oregon Coast. It’s intimate and cosy, tucked into the moss-covered trees: 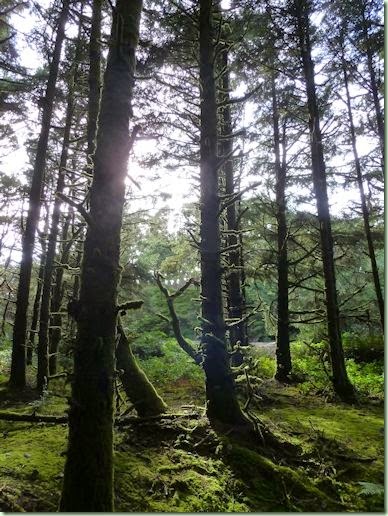 Yes, there’s even a forest trail called the Hobbit. Truth! The beach isn’t as long as some but it offers a good walk. I love the way it changes every time we see it. And the sun came out.

The weather was still a little iffy, alternating clouds, sunshine and threatening but not delivering rain. On Day 31 we were back on the road continuing north to another favourite campground, Cape Lookout. It did rain this time, as we sat in camp and wondered whether to go for a walk or not. Whenever we stirred a little it clouded over and rained. Otherwise it was sunny! So annoying. To offset the disappointment we decided to stay another day, Day 32, although we couldn’t get the same campsite with electricity which was kind of a bummer. It was actually cold at night here. We could see our breaths in the morning and the dew (and interior condensation) was very heavy. The total opposite of the desert – everything is very damp, even my map.

It turned out to be a very nice day anyway so we were glad we stayed. We were very proud of ourselves and took the longest walk of the whole holiday, and probably also the longest walk in years. We finally made it out to the end of the spit! It looks like this from above: 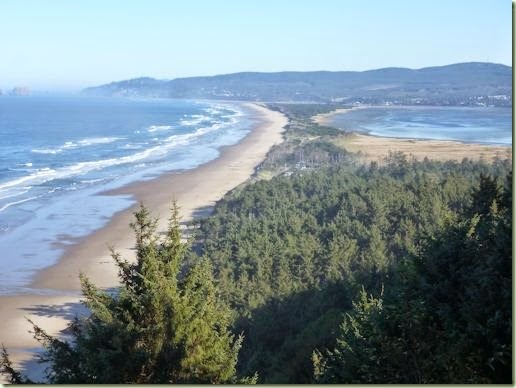 You can’t even quite see the point were it ends from here. That’s Netarts Bay on the right, Pacific Ocean on the left and Netarts itself in the far distance. To prove we made it, here it is from the opposite end: 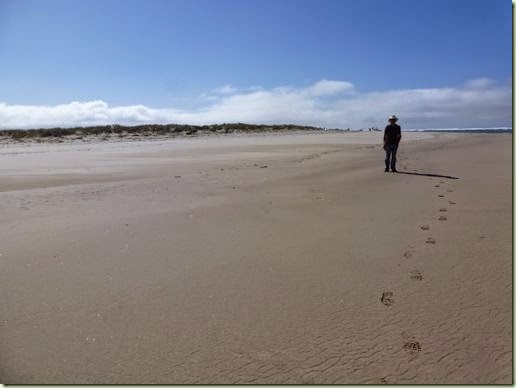 Looking at the ocean side since I couldn’t get the whole vista in the photo. That was a 10.5 mile (16.5 k) hike return! Admittedly along a relatively flat beach on slightly resilient but hard sand. However we were both pretty darn tired at the end of it. And my hip was still complaining the next day. And the day after that too.

Sadly on Day 33 we had to continue north on the last few legs toward home. We stopped in Tillamook at the cheese factory where the Flat Rats nearly deserted us again. So. Much. Cheese! 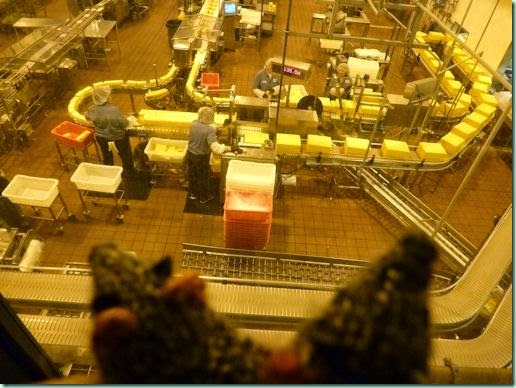 In order to convince them to stay we had to buy lots and lots of cheese to bring home. OK, we love it too. And chocolate/hazelnut fudge as well. But not for the rats. <snicker!>

Our final day in Oregon was spent at Fort Stevens at the mouth of the Columbia River, just west of Astoria. We rode our bikes on the slightly bumpy but pretty excellent paved trails and on the road out to the river and also stopped at the South Jetty on the way back: 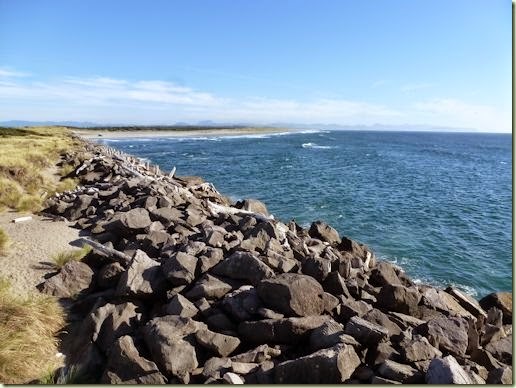 You might just be able to see Mount St Helens in the far distance. (Wasn’t that where we started this odyssey?) It was a really long bike ride for us at 21 k, coming right on the heels of the long walk of the day before! I was very glad for my electric assist on the bike so I could cruise back to camp at the end. I am no athlete (nor do I play one on TV).

Day 34 it was on to Washington State (either #11 or #1 for the second time, depending on how one counts). We did our usual long haul across the Astoria Bridge and up through WA to just before Olympia where we turned north along the west side of the Hood Canal to Dosewallips State Park. It’s quite a nice place on a small river where the salmon run. And there are currently some spawning salmon in the river along with a lot of dead bodies. Poor things. We didn’t pick a campsite beside the river – a little whiffy over there!

We walked out past the estuary: 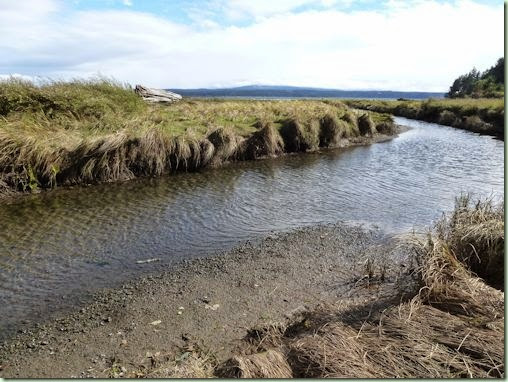 And then to the beach on the Hood Canal. We frightened a flock of Canada geese and, as they were flying away, we noticed that one of these things is not like the others: 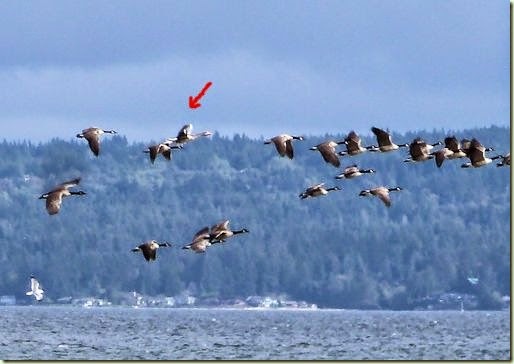 That’s an escaped (or feral) farm goose who thinks it’s a wild one! It’s definitely part of the flock now. Silly goose.