How To Spend Mother's Day

In the studio of course! OK, I did talk to one of my kids for half an hour on the phone. The other one not so much. Yet. Though to be fair, she's a mom too so this day is also for her. I'm not so into the Hallmark Holidays anyway. But I digress.

I'm now firmly into the Sewing Zone. Patterns are being ironed, adjusted, drafted, modified, chopped and generally made ready to cut out. I've got several things all ready to sew but I figure while I'm on a pattern puzzle kick I should roll with it. This was the first one I cut out ages ago in an unbleached and fairly lightweight linen: 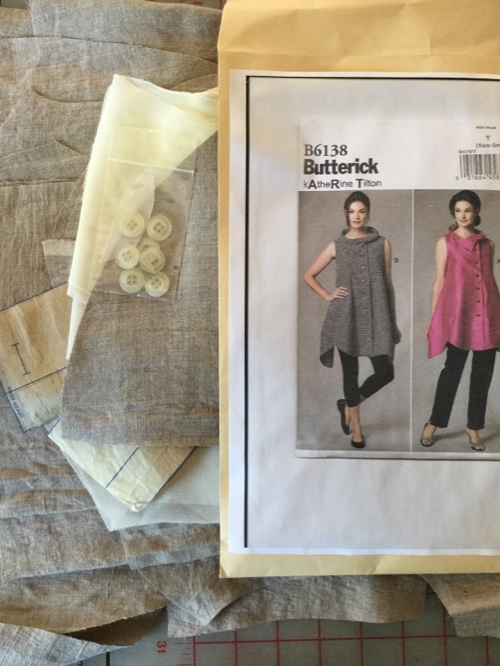 Yup, that's one of Katherine Tilton's wonky vest/tops. A gazillion pieces and nearly all cut out on a single fabric layer. I've even picked out the buttons though the jury is still out. It's satisfying to use stuff from deep stash so I'm resisting going button shopping at Dressew. Because there would be more than buttons purchased. Just sayin'.

I've also cut another button front vest/top thing (my own pattern) from this cotton/linen blend: 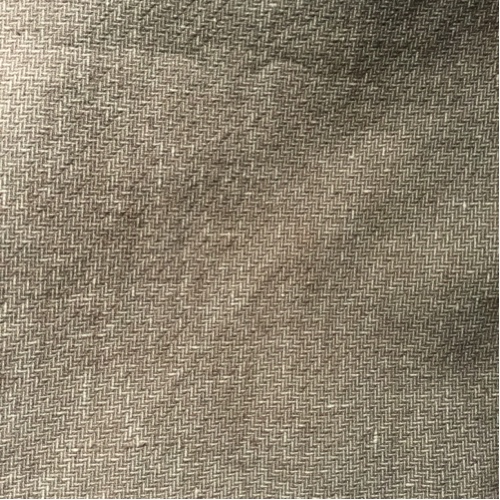 It's a brown and white woven-in design, what we weavers would call colour-and-weave. I haven't analysed the structure exactly though. I also cut a new self-drafted pattern for cropped elastic-waist pants from the same fabric. Hopefully they will fit! I always love using as much of a piece of fabric as possible and these two garments used up nearly every scrap of the 2 yards.

I also cut out the Lane Raglan which I'm hoping will be my new raglan TNT (tried and true) pattern: 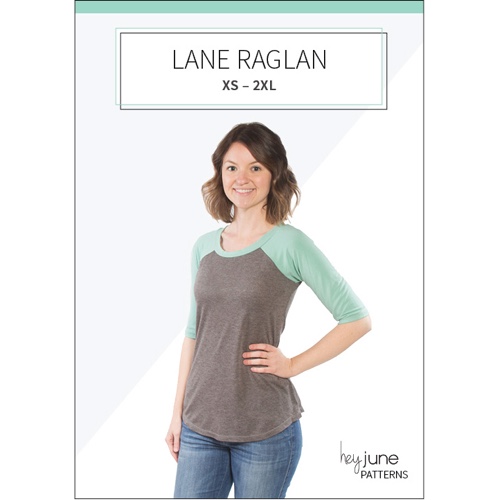 I used this heathered stone ponte: 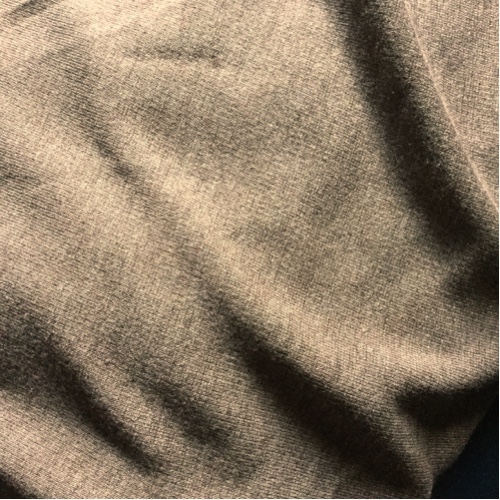 Since I only had 2 yards and leggings sadly wouldn't fit along with the raglan, I cut a tunic length T-shirt with pockets. This is my tester so we will see if my modifications work out. I raised the neckline an inch and went from a M at the top to an XL at the waist and hip. The nice thing about this pattern is it comes with a piece already full-bust-adjusted so I used that - and of course had to move the bust down somewhat. I'm not cutting out any more raglan t's until I see if this fits properly.

Well, supper's ready so I'll leave it here. But first here's a photo of the poor little orange-crowned warbler who hit our dining room window and stunned itself. Thom held it for awhile and then tucked it into the shrubbery where the crows wouldn't find it. It eventually took off so I hope it was all right. 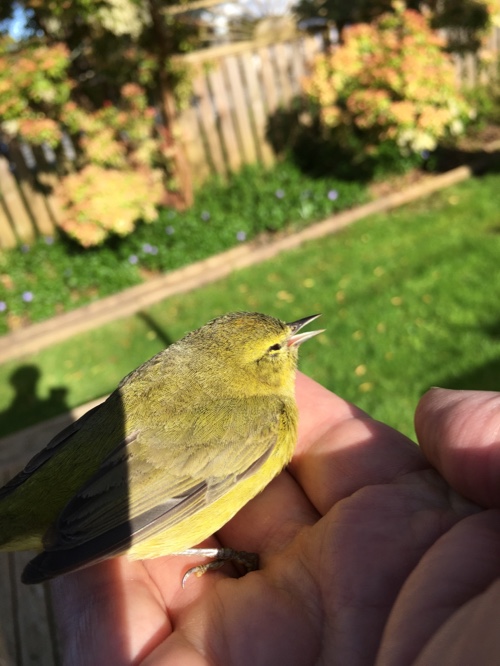 Seeeeeeeeeeeee - that's what comes from cleaning your windows too much - dead or injured birds!!!! Seriously, you need to hang some whirlygigs or Dream Catchers that move in the windows to alert the poor little things. Good save though!!! Hope your new Tee works out for you - I like the curved hem on it a lot. I'm not sure how I feel about that goofy vest though . . . maybe if it was Red or Purple??

These are going to be great items. I am impressed with what you can do with 2 yards! And I really like the idea of *deep stash.* I've got that too.

I`ve got to get sewing too! I`ve got a dress pattern (Hawthorn) from Colette patterns that is calling my name.

We haven't had any further incidents of a birdie nature. I hung a wooden maple leaf decoration that Thom had made and the Littlest Grandbeastie decorated for me in the window and that seemed to do the trick to discourage them.