It was still surprisingly chilly at night in Marin County and we could see some frost when we got up really early to beat the traffic over the Golden Gate Bridge and through San Francisco on Day 5. 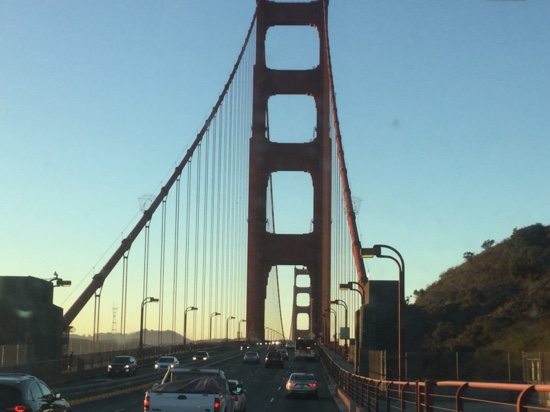 It’s hard to take a good picture through a dirty windshield while moving at speed, just sayin’.

We were a little concerned about finding a campsite at Big Sur since they weren’t taking reservations ahead. So we didn’t stop at any of the pull-offs above the spectacular coastline on our way down. However, we needn’t have worried. Pfeiffer Big Sur State Park had plenty of room at noon although it filled up nearly full by suppertime. We got three nights so we would have plenty of time to explore. It’s unfortunate but it helps that Highway 1 to the south is blocked because of a mud slide so that traffic from the Los Angeles area has to come around from the north by Monterey. It also means we won’t be able to see the whole Big Sur coast down to San Simeon but we did spend a short while driving through Carmel-by-the-Sea which is adorable though rather full of tourists. Oh, that would be us!

There was also time on Day 6 to go further south to visit Limekiln State Park for the day. The views were pretty spectacular from the road and this time we stopped: 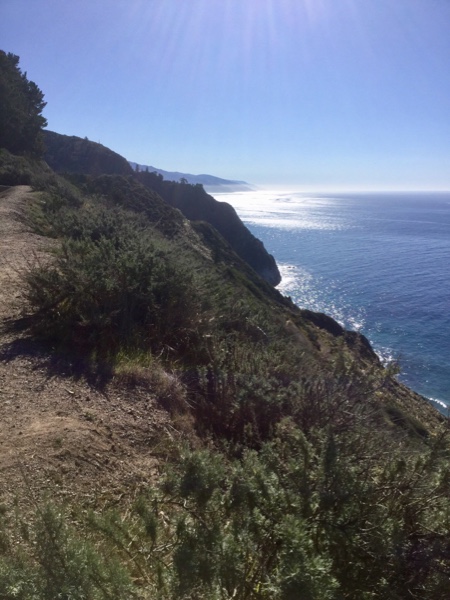 We were even lucky enough to see gray whales spouting! No condors though we kept a weather eye out for them. Just turkey vultures instead.

At Limekiln we paid the day fee ($10! Yikes!) and squeezed into the narrow park. The trail to the waterfall through the redwood forest had us crossing the creek over logs and rocks at least 4 times. It was worth it for the 100-foot straight fall of water: 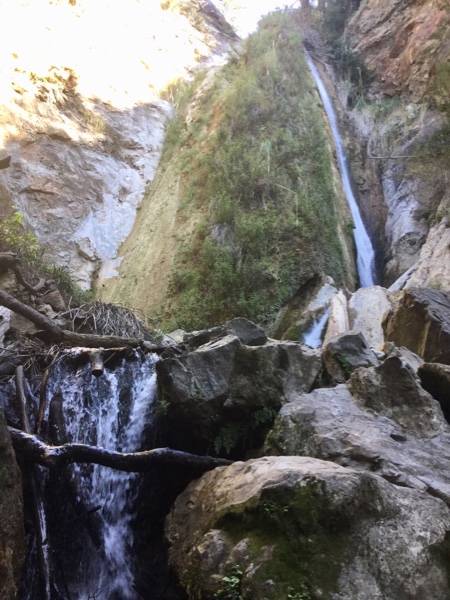 Then we went back to the main trail and continued up to the old abandoned limekilns that were only active for a short while in the late 19th century: 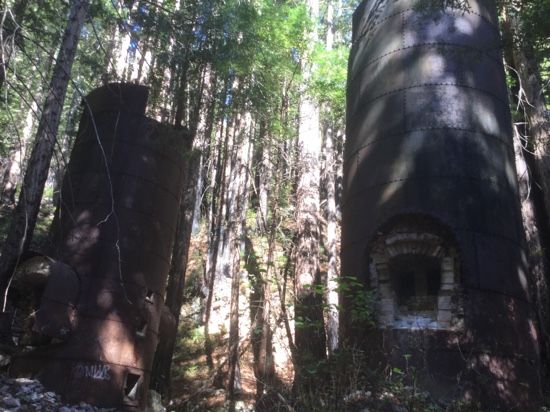 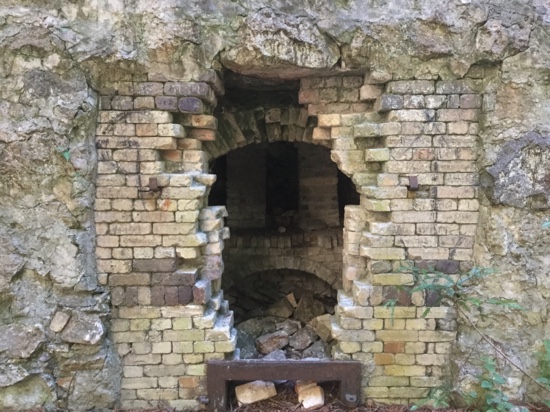 The purified lime was used in the concrete and morter for building in cities like San Francisco. The limestone ran out in three years so the site was abandoned. Back down the trail and through the campground we sat and enjoyed the sunshine on the little beach. This is one of the only beach accesses along the Big Sur coast. 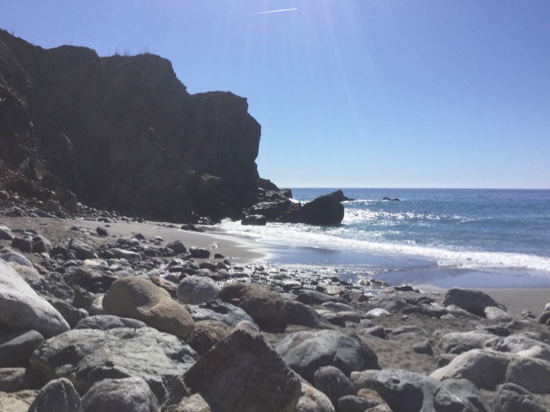 Day 7 was our last day at Big Sur. We didn’t get a chance to check out Julia Pfeiffer Burns State Park the day before because the parking lot was full so after breakfast we packed up and drove the 10 miles south again. Of course we wanted to see the waterfall! 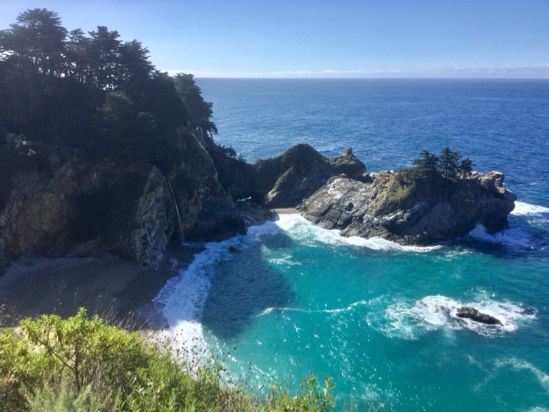 It drops straight down onto the tiny beach below. We also checked out the site of Waterfall House that had been built in 1940 for the original owners of this property: 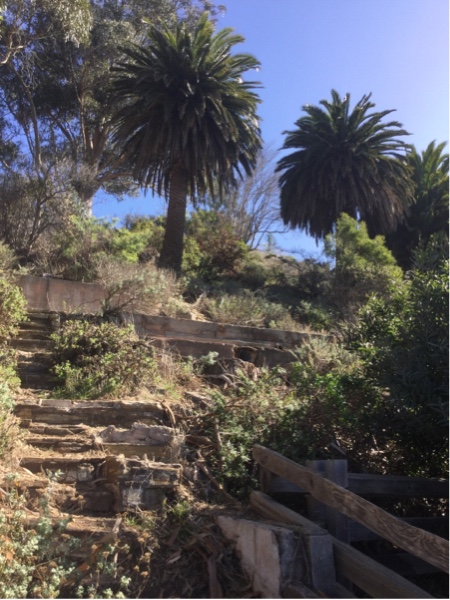 Nothing like viewing that waterfall from your bedroom window! Quite a bit different from the homesteaders who lived in this wee cabin, huh? 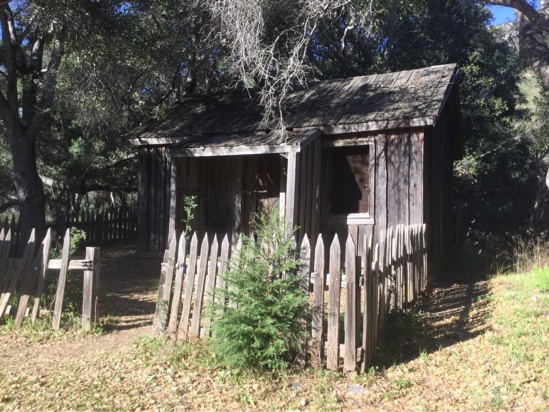 It’s been fun exploring Big Sur after hearing so much about the beauty of this part of the Pacific Coast: 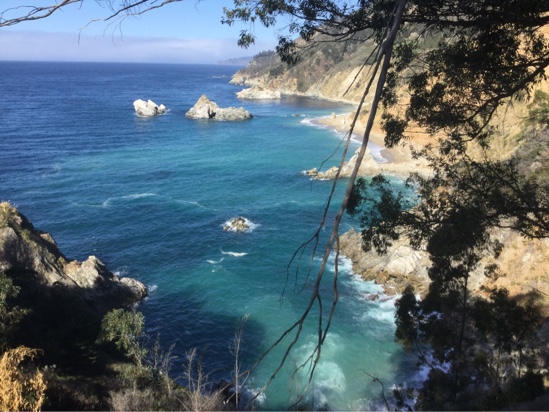 But tomorrow we’re off again away from the ocean and into the desert.