Hello! It’s been awhile, hasn’t it? The Fambly Campout wasn’t exactly a bust but a majority couldn’t make it due to illness and scheduling conflicts. Bummer. Those of us left made the best of it although the weather was mostly cloudy with the occasional glimpse of orange sun thanks to the smoke from all the wildfires. It wasn’t pleasant to hike in so we only had a short 5k up a mountain and back down again. The Littlest Grandbeastie was a bit bereft when her cousins couldn’t make it. She went swimming: 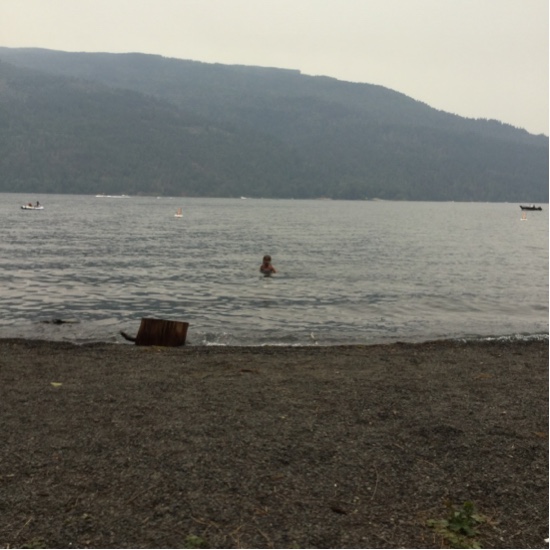 And found some other kids to play with while the rest of us relaxed. Maybe next year will be better than this? 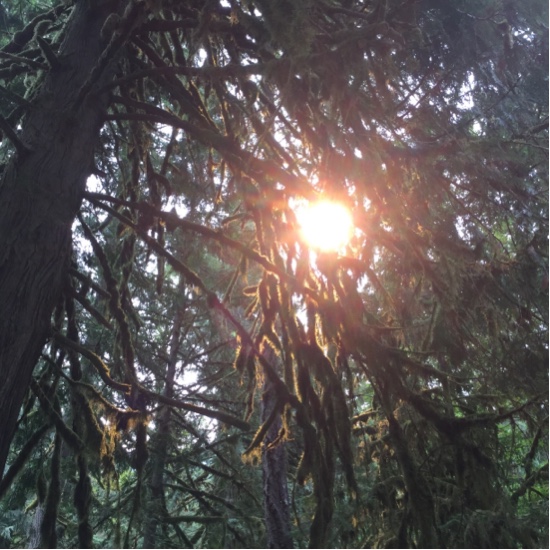 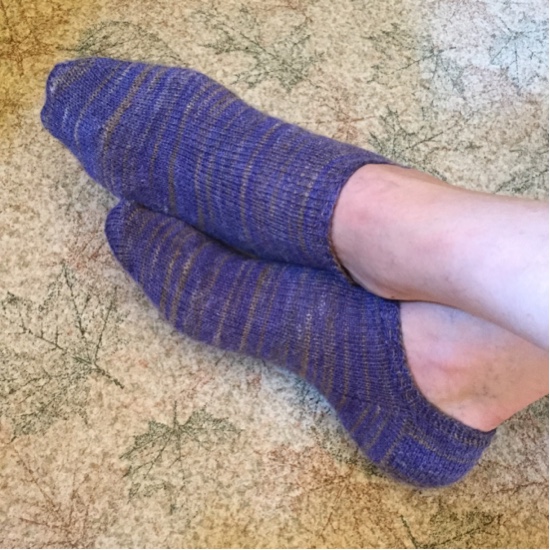 Yes, they are definitely purple. He picked the yarn! It’s Zitron Trekking Pro Natura, 75% superwash wool/25% bamboo. The pattern is my usual top down socks with a short cuff right before the heel flap. He wanted these to wear for comfort in his shoes without looking like he’s wearing socks: 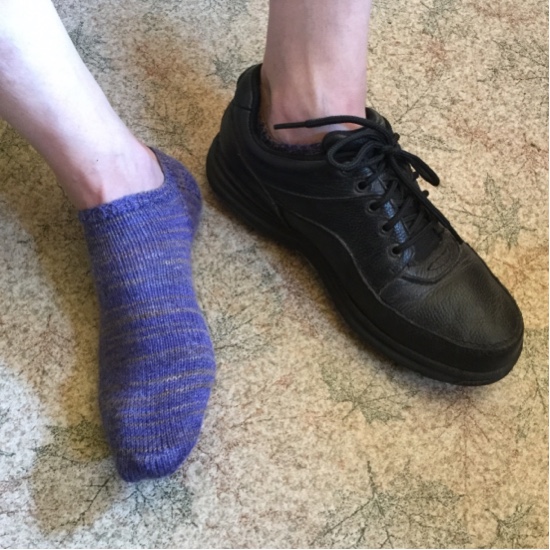 Seems to work pretty nicely and he likes them a lot. Now naturally he wants a second pair! Although since the weather has changed and we’ve had some actual rain and cooler temperatures recently I think the pressure is off for the time being. I will knit him another pair eventually so at least he can have one to wear while the other is being washed. It’s only fair, right?

Anyway, you might have noticed the title. Here is my new friend that I alluded to: 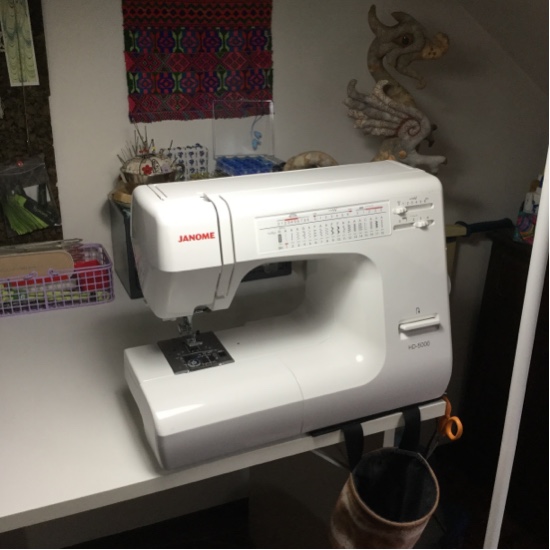 Yes, I bought a new sewing machine! My poor 40-year-old Pfaff was developing issues that just couldn’t be fixed. There are sadly no parts available anymore for love nor money. The feed-dogs are worn so much that fabric doesn’t feed through properly and the tension is impossible to balance. Not to mention the foot pedal that overheats and runs mad. I’ve been loyal for so long and put up with the increasing difficulties but it finally dawned on me that I could actually buy a new sewing machine. Who’d a-thunk? More on Jannie (that’s her name) in the next post. And obviously she is not a Pfaff.

Whoah! Not just a new friend...a new bestie! She looks like a beauty!

Oh my, a new sewing machine! Tell us more!

OMG - it looks just like my new-to-me Janome!!! Mine weighs a ton, though. But I have big plans for Fall.