Think The Robins Will Notice My New Hat?

It’s a lovely sunny day today, especially noticeable after all the foggy days we’ve had lately. Kind of chilly too but that’s normal here in winter. If it’s clear it’s usually going to be colder than if it’s cloudy. I’ll take it anyway. Winter sunshine is precious! 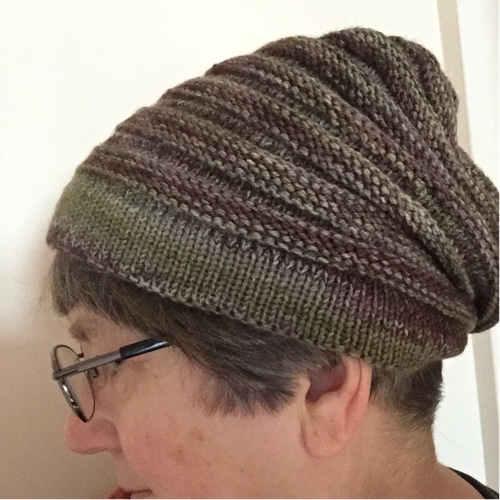 I think it turned out pretty nicely. I didn’t have quite enough of the doubled Fibre Art Studio Sparkle yarn to do a full 10 repeats so I settled for 8. It’s not quite as slouchy as it should be but it’s fine with my wee head. I like the way the Grape Garden colours of purple-brown, lilac and muted greens pool and blend. This is a really good (free!) pattern written for worsted-weight yarn but judging by the plethora of different yarns that the many knitters have used it is quite adaptable.

I’m well supplied with woolly accessories now! Not that that will stop me from casting on for more. But right now I only have two projects on the needles and am really only concentrating on one of them, the Rusty Folded sweater. The other is linen which totally beguiled me last summer but isn’t calling my name now that it’s winter. Perhaps I’m going to have to bribe myself to finish that linen shawl the same way that I’m bribing myself to work on the Stashbuster Blanket.

Yes, the blanket that has been sitting waiting for nearly a whole year! Poor abandoned thing. I decided that I still want it and therefore I needed to make an effort to get back into producing it. I have no recollection of why I stopped except that winding the warp one or two ends of a yarn at a time and then switching to the next one was just tedious. I wanted to thoroughly mix the very disparate yarns to minimise any seersucker effects. The only thing these bits and bobs have in common is they are wool (non-superwash) and sized somewhere between sport and aran in weight. There are handspun and mill-spun yarns. There are hand-dyed and commercially-dyed yarns. Some are two ply, some three, some finished s-twist and some z-twist. A lot of them are really vintage - 30 years old or more. I just want to use them up. 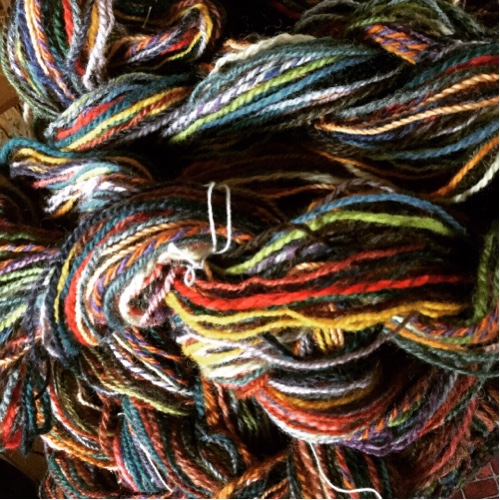 Unfortunately this blanket isn’t going to use up all the yarn. There’s nearly enough left for a second one! Yeesh. I may have to change my plans a little to use more of it up. I was originally planning to use some finer yarn for the weft but I just might use the rest of this pile for weft instead. I need to see if there’s enough and I’ll also need to decide whether or not to dye it along with the warp. Decisions. Decisions. It’s obviously going to be a long-term project anyhow. So what else is new?

So I’ll leave you today with a couple of photos from our late afternoon walk up to Little Mountain. More formally known as Queen Elizabeth Park, this city landmark is an extinct (we hope!) volcano, former rock quarry and the highest point in Vancouver. The gardens are gorgeous and a backdrop for many a wedding photo and tourist shot. The bronze sculpture is called Knife Edge by Henry Moore, one of 4 casts of the original mould, 1962-65. It’s been up there since I was a child and I’m very fond of its use as a drum! Heh. 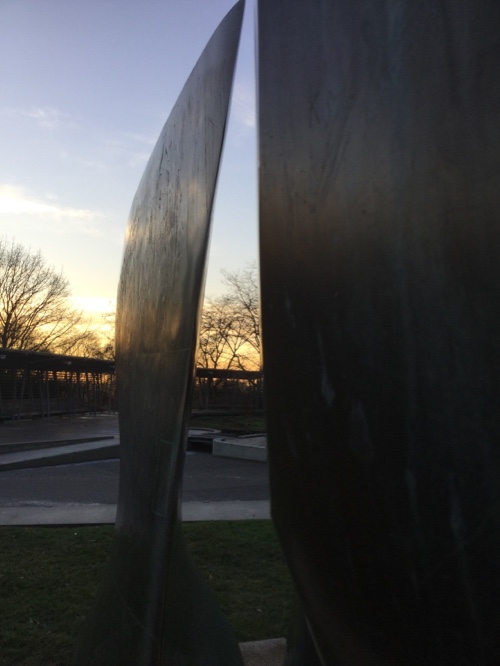 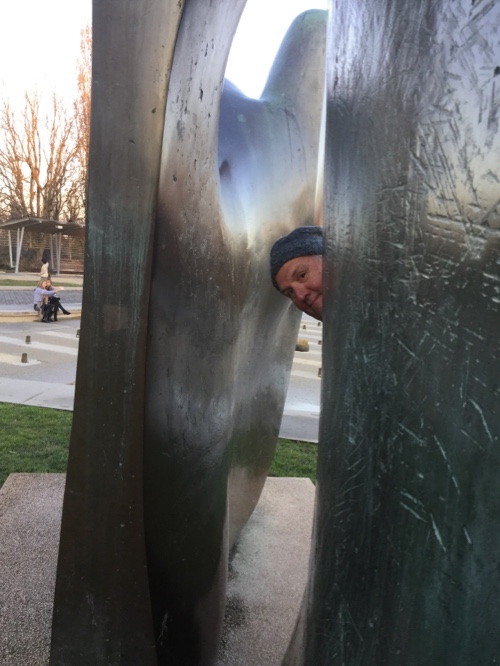 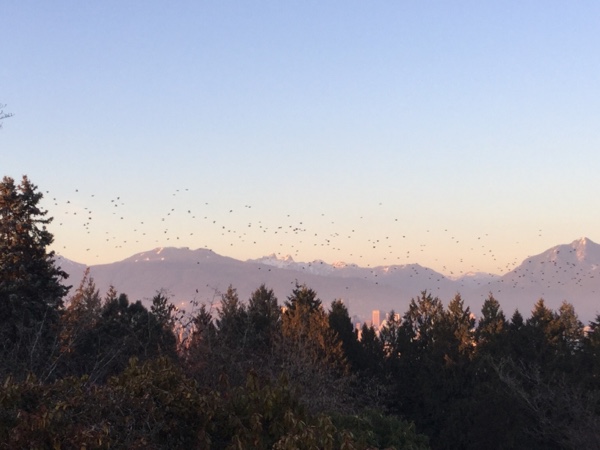 There’s the crows heading for their evening roost! 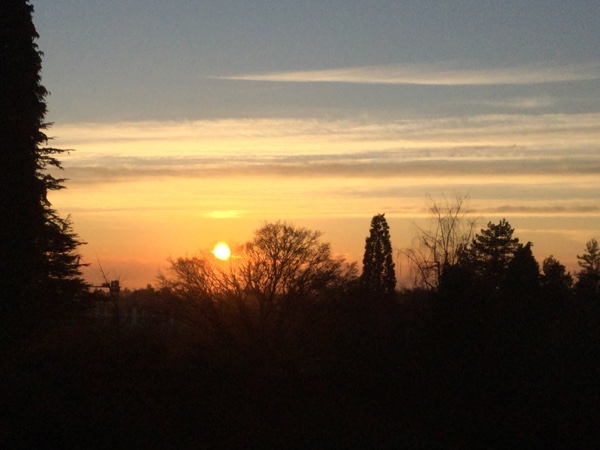 And the sun setting over the sunken garden. 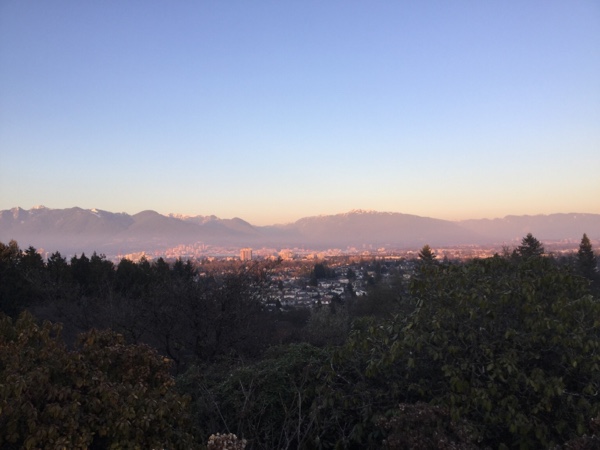 Such a pretty city, don’t you agree? My house is down there somewhere to the right. Can you see it? Me neither!

I love that park. Thanks for these photos. And your hat turned out fantastically. I can't imagine being faced with the dilemma of having to do another project just so I can use up all my yarn. Hahah! But how wonderful that you feel that way - so many delightful projects spring from your needles.