Yes, I know it’s already two days after Halloween but I think I got left in the pumpkin patch! BTW, did you have a good one? We did. Lots of cute ghouls and aliens and princesses. Anyway it’s my birthday today and I keep hearing that song, you know, the one by Sir Paul? As in, “when I get older…” Yep, I’m there. Hello! At least I still have my hair.

Meanwhile, I’ve been a busy damselfly. First I got bit by the sewing bug. I finished my refashioned dressy-tunicy-thing: 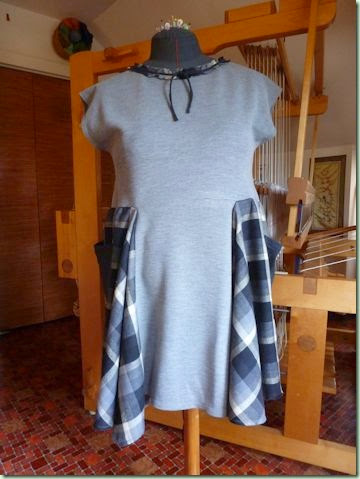 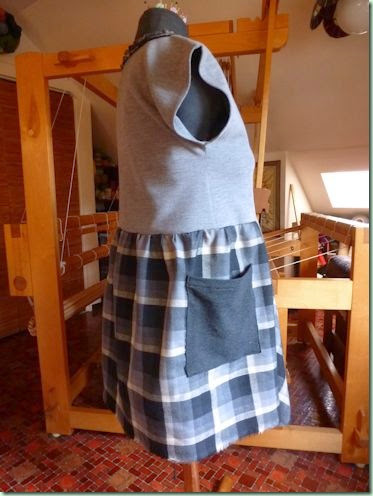 I ended up not liking the long pointy bits so I chopped them off. Not sure the remainder works the way I originally had in mind but it wears fine so far. We’ll see how often it ends up in the wardrobe rotation. Perhaps more when it warms up again next spring though it seems not too bad with a longer-sleeved t-shirt underneath for extra warmth. The jury is still on the fence with this one.

I also fixed another top that never got worn because the hem band was too tight and pulled in. Of course, I forgot to photograph the thing but here’s what it looked like before: 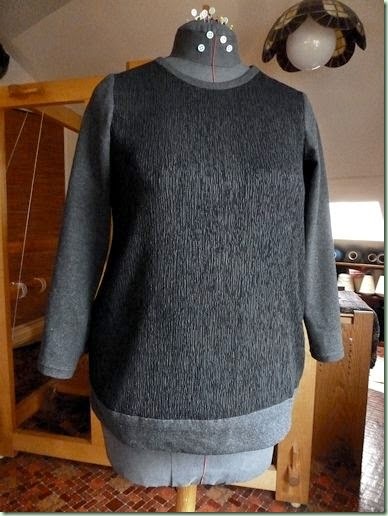 That was back in March! Yikes! I decided it looked pretty awful on me so I picked the band off and added about 8” to it and it looked ok when I put it back on until I did the finial stitching in the ditch. Now it poufs out a little oddly and I’m not sure I like it. But then so does the inspiration piece here, doesn’t it? 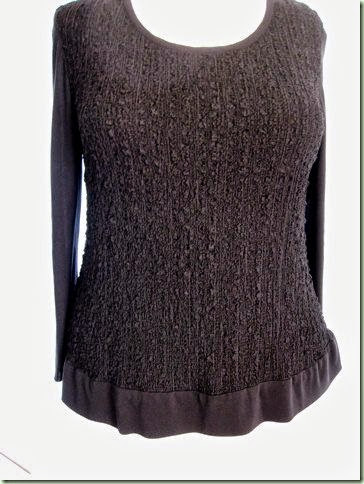 Kind of like a ruffle. The thing is better than it was but still not quite as I imagined. Another “we’ll see” item, I think. Hmmm…too many of those lately.

Next I went back to some of the things I cut out sometime in the past year and haven’t sewn up yet. This is Butterick 5954 View D: 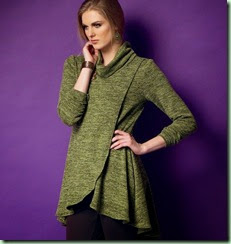 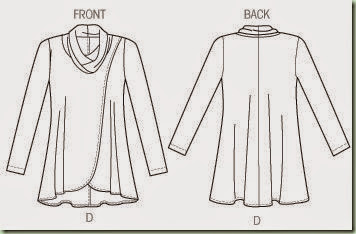 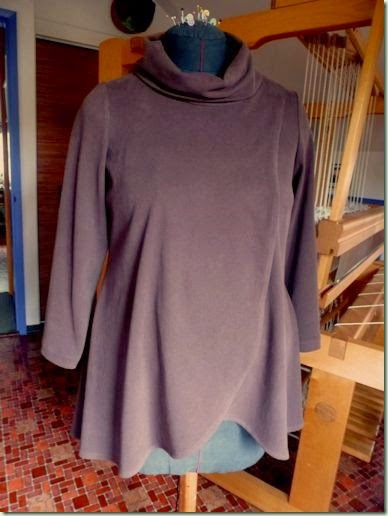 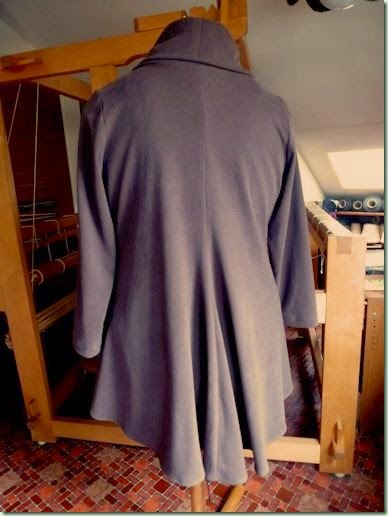 I quite like the elegant tail in the back! The overlapping fronts in this view are still under debate however. They are a little drafty and don’t always hang smoothly. I’m questioning whether I should topstitch it down more permanently but I’ll wear it for a few tries first to see how it goes. BTW this is a great pattern! I did some fiddling with the shoulders, armholes and sleeve caps as always to make them fit me properly. But apparently most people who’ve sewn it haven’t had to mess with the fit much at all. It’s quite popular on Pattern Review. I hope to use it again for more tops but with the regular front piece, not with the overlaps.

Oh yeah, I also got a couple more Tilton patterns in the mail: 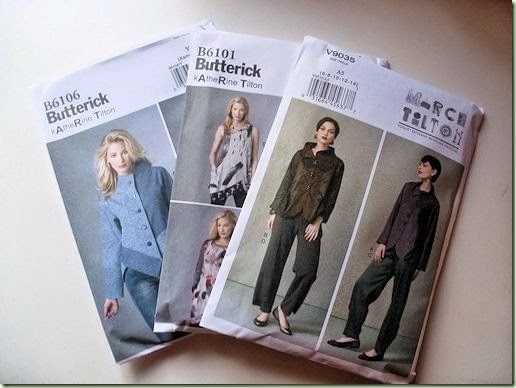 I’ve found that even if I don’t want to make them right away, I regret it if they go out of print before I get to them. Even if it’s just to see how they are assembled! Fun stuff. There’s so few designers making my style of clothes patterns that it behoves me to support the ones that do, right? Maybe the pattern company will get the hint. Maybe?

So what else? I’ve started on another weaving project: 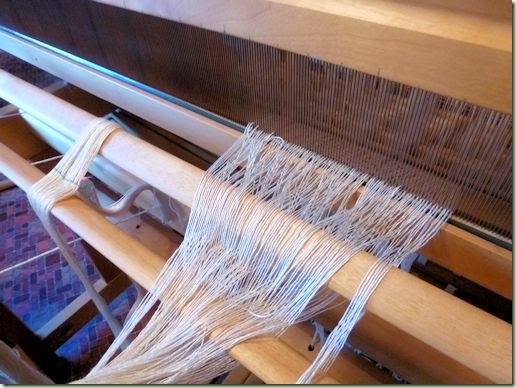 Not too exciting yet, is it? Though since I took this photo I’m nearly halfway through the threading already. It’s going faster than the last weaving projects anyway. (Uh-oh. Guess I shouldn’t have said anything?) This will be placemats, 2 sets of 4, on a Summer & Winter threading. One set will be woven in a lacy variation in peach cotton and the other still needs me to locate the right wefts in the stash. More on this when there’s something to see!

Lastly I’ll leave you with these fantastic fellas: 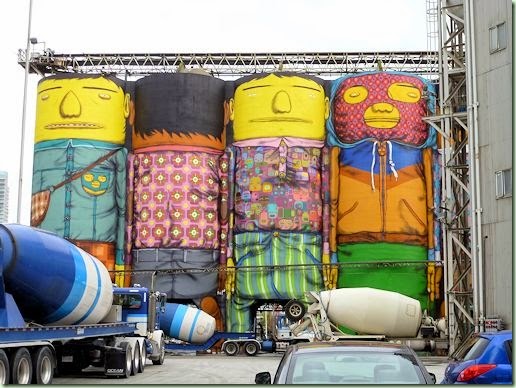 There’s 2 more of them to the right but I couldn’t get them all into the photo. I’m not going in the yard with the cement trucks! Gives you an idea how large they are though. These are industrial silos on Granville Island painted with a gazillion cans of spray paint by the Brazilian twins who call themselves Osgemeos. If this is street art I want more! Incredible. And fun!

Love the pix of the street art men (or ladies, hard to tell). Almost a trip worth doing just to see them. Hope the artists do ore.

The Giants are definitely guys! I'm not sure whether the mask is a ski mask or a Lucha Libre (wrestling) mask. But masks are a common theme in OsGemeos' work. They've also recently painted an airplane in Brazil. Busy artists!