Just a quick one to say we’re off on an adventure tour with Thom’s 90 year old mom for four days. This will be our first experience travelling in guided air-conditioned style with other seniors! (Ackk! Are we that old?) We’re heading up the BC coast to Lund, Quadra Island and Desolation Sound where we’ve never been before. It’ll be fun! Lots of boats and ferries and buses. Oh my! Will post if I can. You never know what the wifi is like in these places but I’ll do my best.

Of course we worked our butts off to be able to leave. Watering, watering, and even more watering. Picking produce. Tring to do something useful with said produce. Thank heavens the garden is finally slowing down a little! Though I did plant some more baby Asian greens that are being watered with a sprinkler on a timer. I hate to leave my babies without supervision but what can you do?

So I finally finished Thom’s cargo shorts. It was a struggle and I probably broke at least 8 needles on this darned impermeable linen canvas. I sewed slowly and took advantage of all the super power in my vintage Pfaff. Even my CoverStyle serger held up once I got a big enough needle in it. There were a few issues with the pattern from Wardrobe By Me that didn’t quite resolve as neatly as I would like. Might just be me not understanding or missing an instruction somewhere? I would change a few things next time anyway. But he loves them! 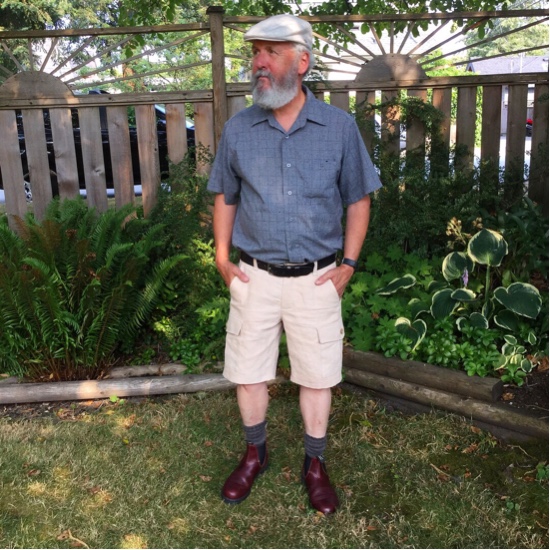 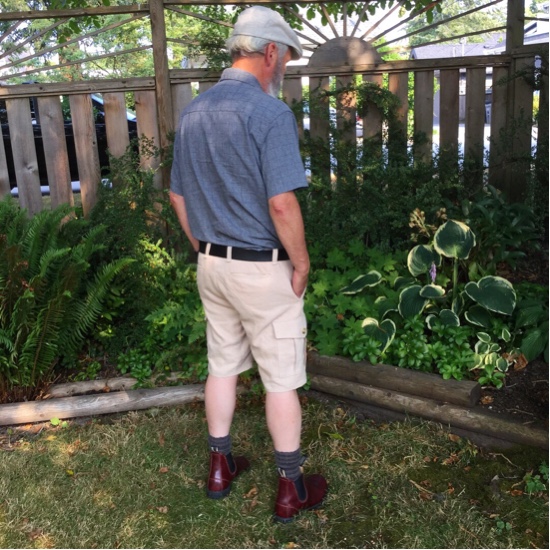 Looking pretty spiff, huh? Think they’ll get plenty of wear anyway. And that is definitely all that counts! This pattern could also easily be extended to full length trousers too. Perhaps a future make for the guy who appreciates my efforts, huh?

Unfortunately my Japanese indigo experience didn’t go so well. The leaves fermented as they were supposed to do: 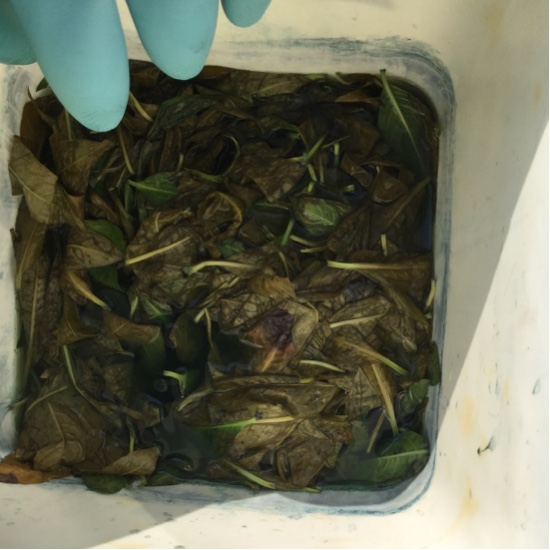 It took 4 days instead of 2 or 3 but that was fine. I didn’t have a lot of leaves to work with. Then I separated out the spent (and rather stinky) leaves and was left with this gorgeous turquoise brew: 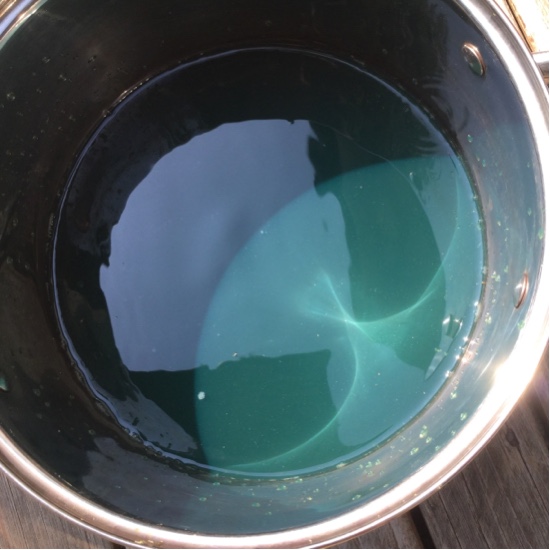 I added alkali (soda ash since I have lots) to hopefully bring the pH up to 10-11. It was hard to tell with pH paper but it seemed like I had to use more than I do with my usual method? The fermented solution was quite acidic anyhow. Then I beat the solution with my indigo stained hand mixer and got lovely blue froth: 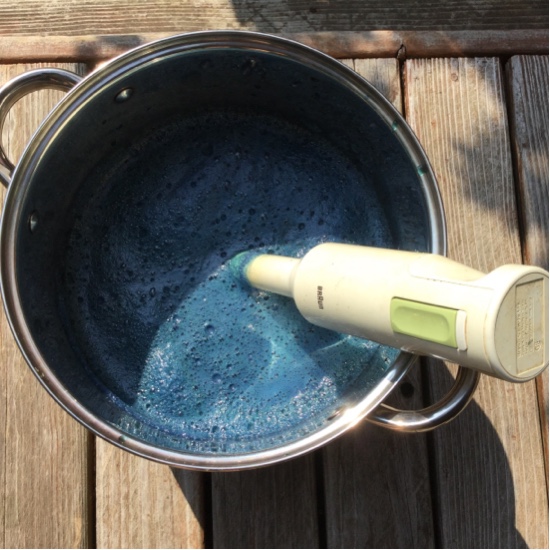 I decanted this out into 3 smaller plastic bins to make it easier to deal with. And then it sat there. And sat there. No settling out. At all. Two days later it is still just sitting. Blue. Did I do something wrong? Again? I’ve had so much trouble with dyes lately. Things that should be relatively simple. I don’t know about my indigo but I’m blue myself! If I had time (which I don’t) I might have tried to add thiox and see if I can make a proper vat if I’m not going to be able to get dried indigo from it. But my only hope now is that maybe it will settle out while I’m gone? Or I’ll try to reduce it when I get back next week. If it hasn’t gone bad in the meanwhile. Sigh. So darned fickle this magical blue. Must recall this was an experiment. Sometimes experiments don’t quite have the desired results? Argh.

So looking forward to a break. The weather is finally cooler. One more sleep.

Have a great little trip! My friend has been to the area many times, mostly kayaking. She always tells me how much I would like Lund.

Sounds like you NEED a little trip to places you haven't been. I hear the fishin's good around those places!! Nice pair of shorts. Looks like another winner!!
Maybe that damn dye will settle or crystallize or do whatever while you're gone. Did you remember the correct incantation to whisper over it?? I'll whisper one or two for you at midnight under the waning moon just to help it along.